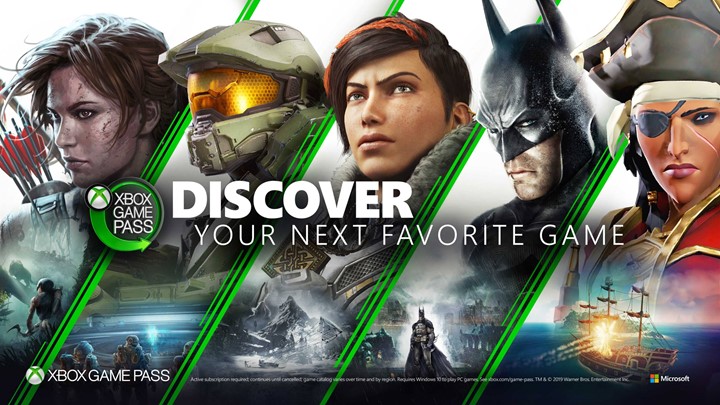 While I continue to question Microsoft’s decisions when it comes to their Games with Gold offerings each month (spoiler alert, they’re almost always not worth picking up,) Xbox Game Pass, which I only recently subscribed to the Ultimate version of, has enough going on that I can almost forgive them for it.

If you don’t know, or aren’t sure if it’s worth it in your particular situation, the Xbox Game Pass gives you access to over 100 different titles for $10 USD a month; the Game Pass Ultimate gives you Xbox Live Gold on top of that for a total $15 USD a month, and is arguably the better deal given what you have access to.

So far, I have to say it’s well worth the price. I downloaded Spellbreak and enjoyed a few fun hours without spending a dime and really only being out hour or so it took to download the relatively small title. If you’re like me and don’t have a spare $60 for a new game, this could be well worth a try, especially with titles like Doom Eternal and Dead by Daylight as well as the absolutely massive Halo: The Master Chief Collection all available for download for $10.

Of course, you need the space on your console to download them in the first place, but if that’s a non-issue, then the Xbox Game Pass should be the first thing you buy as the holiday season approaches, especially with Games Pass Ultimate members getting access to everything in the EA Play library without an extra cost, and the Bethesda games slowly working their way in over time.

With a game library this large though, Microsoft will of course be shaping it fairly regularly, removing and adding games that likely don’t see much interaction, or that simply aren’t worth what they’re paying to keep them in the Game Pass.

Leaving this month are Felix the Reaper, Metro 2033 Redux, and Minit all on October 15th. At the end of this month After Party, LEGO Star Wars 3, Rise and Shine, Tacoma, and The Lord of the Rings: Adventure Card Game will join them and be leaving the library. They’ll still be available on Xbox, but you’ll need to buy them separately if you want to continue playing any of them.

Joining the Xbox Game Pass this month however are a pretty good selection of games. Doom Eternal was added at the start of the month, with Brutal Legend, Forza Motorsport 7, and Ikenfell all being added on October 8th. Katana Zero and Tales of Vesperia: Definitive Edition are joining on the 15th, while ScourgeBringer joins the 21st with Cricket 19, and Supraland both joining on the 22nd.

While it’s certainly not a stellar lineup of added games besides Doom Eternal and Forza Motorsport 7 if racing games are your thing, give the Xbox Game Pass library a look and see if there’s anything currently in there I haven’t mentioned that would draw you in. I promise it’s well worth the price.