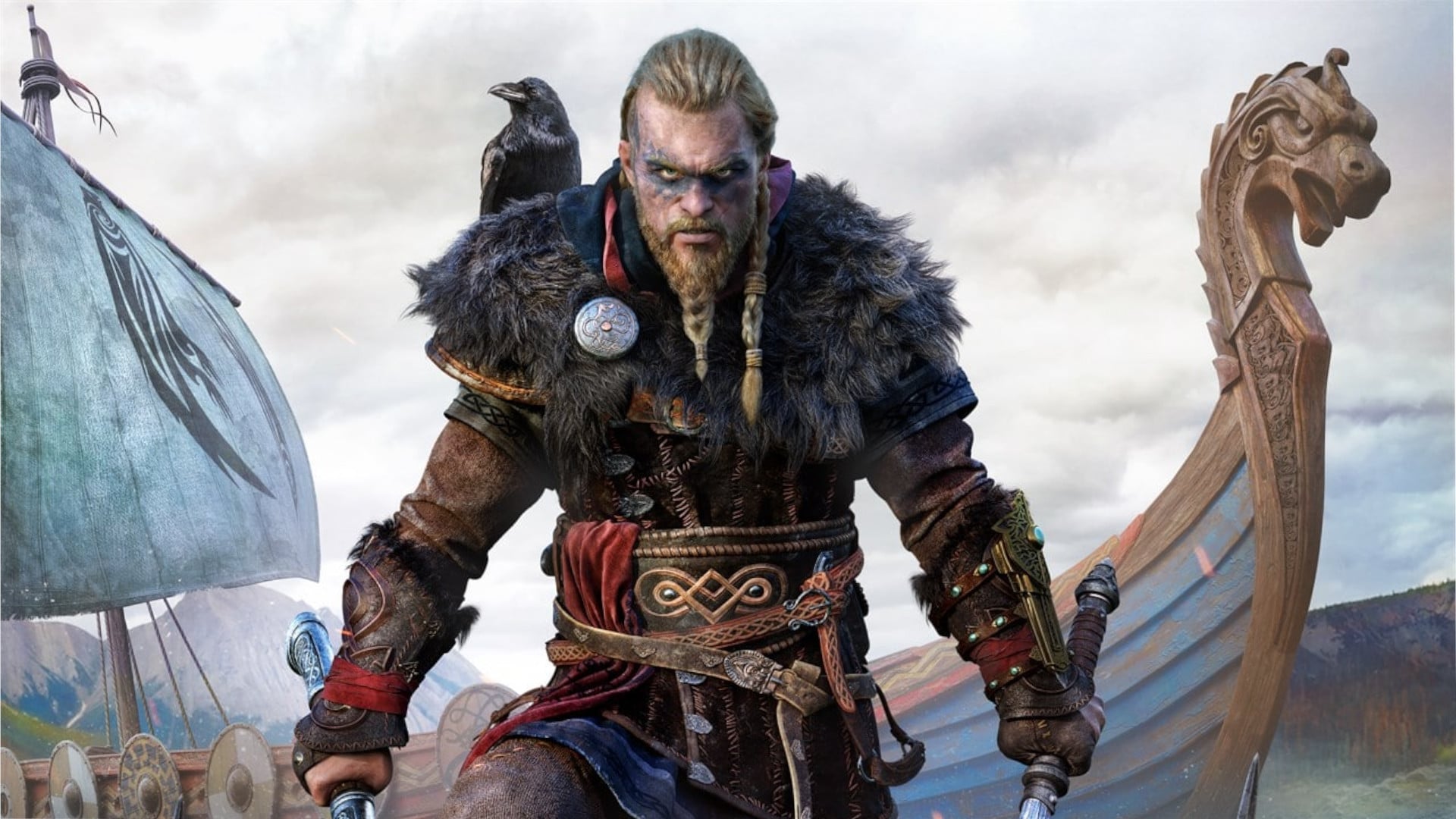 All We Currently Know About Assassin’s Creed Valhalla

Assassin’s Creed Valhalla is expected to launch on Nov. 10 for Xbox One, PS4, Stadia, PC, and next-gen system Xbox Series X and Series S, with PlayStation 5 getting a release two days later on Nov. 12. The game has been available for preorder for quite some time now. Those who weren’t lucky enough to nab a next-gen console will still be able to purchase the game on current-gen ones with the option of a free upgrade once an Xbox Series X|S or PS5 can be acquired.

Ubisoft’s twelfth installment to the hit franchise will see players taking the role of Eivor, a viking who aims to claim a settlement within ninth century England. Once you arrive on the English shores, Eivor will need to get involved with local politics, build and maintain a home settlement for you and your kin, and carry out raids for resources and supplies.

If you’ve played one of the more recent titles in the series such as Odyssey or Origins, you should know what to expect. The game will be packed with a main storyline, plenty of side quests, and a bunch of new mechanics that reflect the viking way of life. Things like crewing a longship and sailing it around England, going on mystical journeys through Norse myths by visiting a local seer, and adapting new combat abilities specific to a viking’s battle prowess.

These are just a taste of what you can hope to experience in Assassin’s Creed Valhalla. A list of the various things in store for you, as far as we currently know, has been provided below.

You’ll begin your journey as Eivor, a main character that can be either male or female, similar to the choice in Assassin’s Creed Odyssey. One of the more intriguing differences is the ability to customize your character’s appearance through different hairstyles, tattoos, and warpaint

Ubisoft has delivered a direct statement on what’s involved when it comes to the main story and what Eivor will be up against.

“Driven from Norway by endless wars and dwindling resources in the ninth century AD, players will lead Eivor’s clan of Norsemen across the icy North Sea to the rich lands of England’s broken kingdoms. Players must carve out a new future for their clan, reliving the ruthless fighting style of Viking warriors with a revamped combat system that includes the ability to dual-wield weapons against a greater variety of enemies than ever before.”

“To secure resources players can lead raids to select locations using their longship to earn much-needed riches and resources. As the Vikings begin to settle in their new home, they encounter resistance from the Saxons including King Aelfred of Wessex, who denounces them as heathens and looks to be the sole ruler of a civilized England. Against all odds, Eivor must do what is necessary to keep Valhalla within reach.”

As you can tell, it’s kind of like you’ll be jumping into AMC’s Vikings for yourself, taking on the likes of King Aelfred, and even the Sons of Ragnar. But how historically accurate is the game supposed to be?

Ubisoft’s assassin series is no stranger to historical accuracies and Valhalla looks to be no different. For this next installment, Ubisoft hired an Editorial Research Unit which included historian Thierry Noël, who advised the studio on the story.

Noël speaks of the time period in a Ubisoft blog.

“It’s a fascinating time. It’s been called the Dark Ages because we don’t have as much information relative to certain time periods like Ancient Egypt or Greece.”

” Vikings left behind very few texts talking about themselves, so that’s why the negative image we have of Vikings was based on the texts of monks and sometimes from victims of Viking invasions; as you can imagine, they had quite a negative perception. We also had the Viking sagas and myths, which were passed down through oral traditions for centuries and eventually written down to help inform the world.”

Noël was also quick to touch on the criticism of Eivor being a female playable character.

“The archaeological sources are highly debated on that specific issue. But the fact is, and I think what’s really important, is that it was part of their conception of the world.”

“Sagas and myths from Norse society are full of tough female characters and warriors. It was part of their idea of the world, that women and men are equally formidable in battle, and that’s something that Assassin’s Creed Valhalla will reflect.”

The religious rituals, combat, and even life within the settlement are all based off of a mix of record-keeping and sagas to make the viking way of life appear more balanced in the game. Events like the Yule Festival are specific to viking and germanic lore and will be experienced in the game as DLC moving forward.

Combat also looks to take a more savage yet militant approach with throwing axes, shield smashing, and the dual-wielding of weapons, including shields, in order to capture the viking style. Regardless of the accuracies, it sure looks like a hell of a fun time massacring your enemies.

Assassin’s Creed Valhalla looks to carry a much darker tone than its predecessors. It is, afterall, the Dark Ages. Valhalla looks to be set in rural England, where poor citizens face hardships and bloodshed on a daily basis. According to Ubisoft themselves, the gameplay will be “visceral and brutal” so as to reflect the violence of viking raids which happened in the real world.

At times, Eivor will be called upon by local lords and citizens to help with their problems. This is a sort of stark contrast from just slaughtering them all for their resources. Alliances can be key to the growth of your settlements, which will play a very large role within the game.

Lead producer Julien Laferrière provided more detail in an interview with Eurogamer, on how the settlement system will work and what we can expect from it.

“It’s your own Viking village you’ll see prosper and grow, and which your clanmates will live in. It’s at the center of our quests and the center of the decisions you make. We want players to see the consequences of their actions.”

“Big story arcs will begin and end here, the impact of your decisions rippling through your growing community. You’ll see the effects of alliances – such as weddings to forge relationships between clans – and the consequences of “harsh choices you have to face”

Assassin’s Creed Valhalla is set to release with multiple versions at different price points. Thankfully, even if you purchase a current-gen console copy, you’re guaranteed a free upgrade to the game for the same next-gen family.

No matter which edition of the game you plan to purchase, if you preorder now, you’ll receive The Way of the Berserker bonus mission. Not only that, but all purchases will receive free content in the form of missions, lands, events, and more, as the game progresses.

As of right now, the only confirmed future content will be featured in Assassin’s Creed’s season pass. The season pass will feature two major expansions post-launch, that will see players journeying to Ireland for Wrath of the Druids, and Paris to take part in the Siege of Paris. Players who purchase the Gold, Ultimate, or Collector’s edition versions of the game will also get The Legend Beowulf questline on release.

The expansions and subsequent season pass for season 2 are planned for an early 2021 timeline beginning in March. Until then, Ubisoft has offered a bunch of free content for players who simply purchase the base game. This content includes an in-game educational feature called Discovery Mode, and much more.