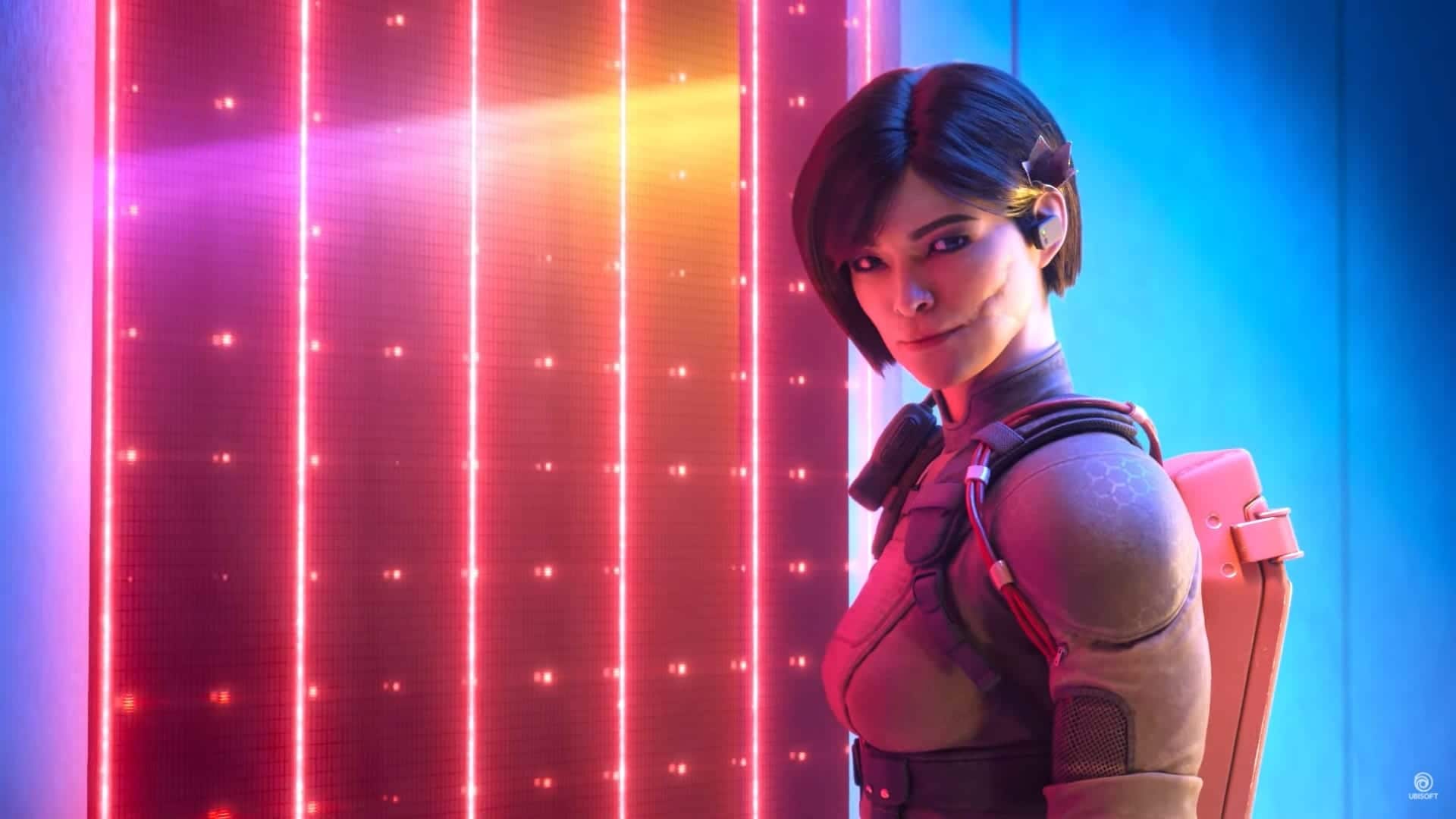 The newest season for Rainbow Six Siege has been revealed as Operation Neon Dawn. Ubisoft has shared a few details on Year 5, Season 4’s content, which will go live first on the PC Test Server today, Nov. 9. This new season brings with it a rework of the Skyscraper map, the addition of Siege’s first Thai operator Aruni, the Sixth Guardian Program, and some new accessibility options.

Aruni is definitely the major brightspot coming with Operation Neon Dawn. She will be Siege’s first Thai operator and come equipped with a deployable laser gate, the Surya Gate, which can be attached to walls, hatches, doors, and windows. It arms itself and deals damage to attackers who approach but will shut off while allowing defenders to pass unscathed. However, the Surya Gate’s primary function is to destroy opposing gadgets.

In addition to the three deployable (and rechargeable) Surya Gates, Aruni’s primary weapons of choice will be the MK 14 EBR and P10 RONI, while the PRB 92 takes up the secondary weapon slot. One of the cooler abilities in Aruni’s arsenal is her melee attack. Her prosthetic arm provides some extra oomph and packs more of a punch in comparison to other operatives.

The reimagined Skyscraper map has been reworked to include three major objectives. It’s now looking to be more balanced and competitive with the reduction and relocation of balconies and bomb sites. This should goad more attackers to force their way inside the building and reduce the amount of outdoor crossfire.

Existing operators have also had some balancing changes. Hibana’s X-Kairos Launcher has received a noteworthy quality of life change, putting the amount of X-Kairos –two, four, or six, into the hands of players. This change should lead to a better management of her resources. Echo’s Yokai drone will no longer be invisible when placed on ceilings. Finally, Jager’s Active Defense System (ADS) has received a 10-second cooldown period where it will not be able to destroy projectiles while the cooldown is in effect. To compensate, the gadget will now have infinite charges rather than the current two.

Additionally, Operation Neon Dawn will feature new accessibility options which includes Voice to Text and Text to Voice for the in-game chat channel. Font scaling, chat audio and visual cue adjustments, and chat assistance for Narration and Hints will also be included.

Ubisoft will reveal the terms and partnerships of the Six Guardian Program in the future. All that we currently know is that limited-time bundles dedicated to a certain charity will be available in-game.

You can get your first look at Aruni, the Skyscraper changes, and other balancing tweaks Monday, Nov. 9 on the PTS. Operation Neon Dawn’s actual launch date has not yet been confirmed but can be expected to release on PC and consoles. The update will also come with a free next-gen upgrade for all Rainbow Six Siege owners once it goes live.