Windows 10 users have been experiencing an unusual error lately with the Xbox Game Bar. The error in question is 0x0803F8001. Accompanying this error is a message that reads, “Xbox Game Bar is currently not available on your account. Make sure you are logged in to the store and try again.” Understandably, those who encounter this error are likely to grow quite irritated. So why is the error occurring and how can you fix it?

Xbox Game Bar error 0x803F8001 has only recently been popping up since the server-side update that was pushed out on Nov. 5. It is currently unknown what exactly is causing the error to appear. We’ve not yet received an estimated time it will take to resolve this issue from Microsoft, though they have acknowledged the problem and are looking into it. The error does not affect all Windows 10 users but only those with version 1089 or newer have reported experiencing it.

The error does not currently allow for a workaround while attempting to record a gaming clip however, some users have claimed a short-term fix by turning off the Xbox Game Bar and Microsoft Store notifications.

To perform this short-term fix:

Type xbox into your Windows Search bar and click on the Xbox Game Bar app result. 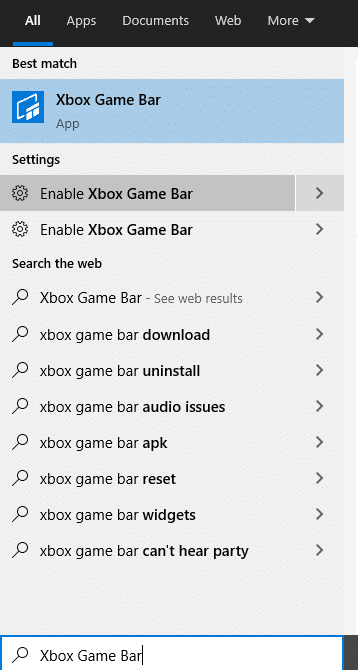 When the Game Bar is active, locate and click the Settings icon (cogwheel).

In the General tab, click the Edit more preferences in Windows Settings link. 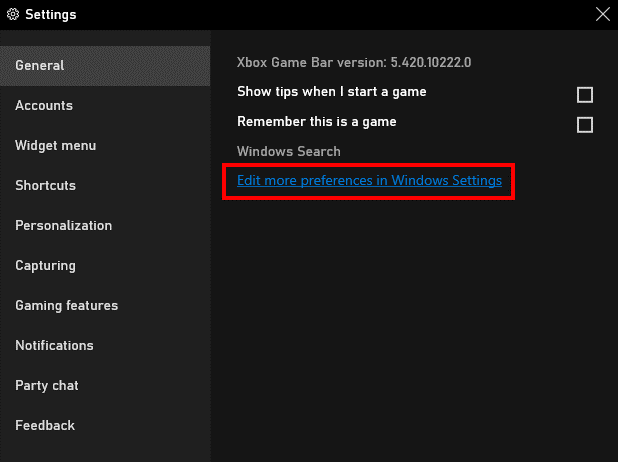 Alternatively, you could head directly to Windows Settings, and subsequently reach the Xbox Game Bar options by typing Settings into the Windows Search bar, clicking on Gaming, and selecting Xbox Game Bar.

Toggle the option from ON to OFF. 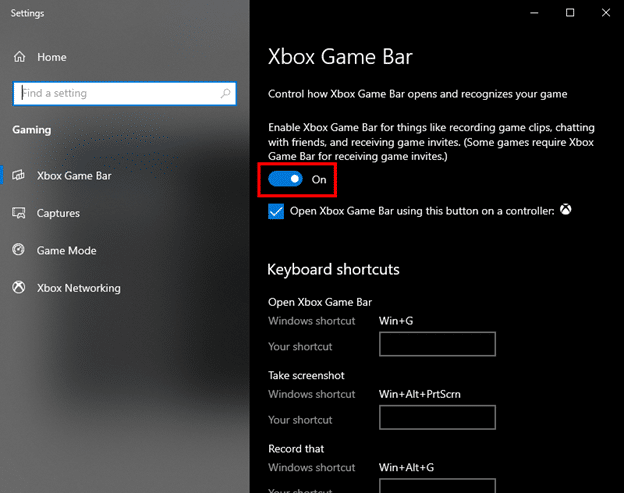 It will be evident that it is off when the toggle goes from blue to black.

Next, head back into the Windows Settings window and click System.

Locate Notifications & actions on the left side and scroll through the main section until you locate Microsoft Store. 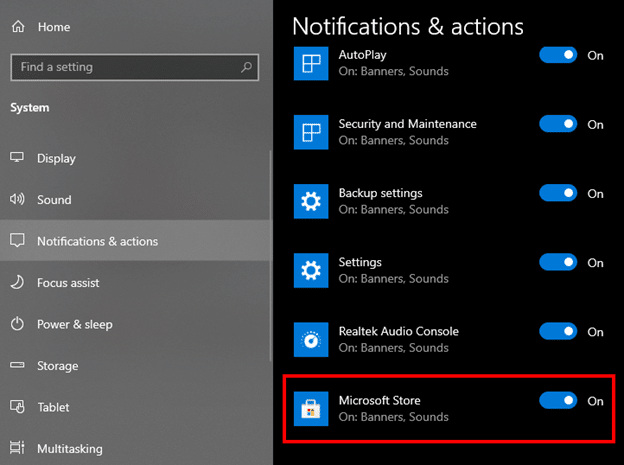 Toggle it from ON to OFF.

As previously stated, these are not workarounds. They are only short-term solutions as a permanent fix has not yet been implemented by Microsoft. Users have already reported that even this fix only worked for a short amount of time before receiving the error once again.

You could choose to uninstall the Xbox Game Bar altogether and wait to reinstall it after the error has been resolved. Just know that you will not have access to the Xbox Game Bar until Microsoft sends out a fix, which at this time has no ETA.

To uninstall the Xbox Game Bar:

Right-click the Windows Start button at the lower-left corner of your desktop and select PowerShell (Admin) from the list.

Some Windows 10 users may have Command Prompt (Admin) in place of PowerShell. If this is the case for you, simply type PowerShell into the Windows Search bar, right-click Windows PowerShell app, and select Run as administrator…

Run the following command in PowerShell:

Until Microsoft discovers the source of the problem and provides a solution, users will have to make do with this short-term fix.