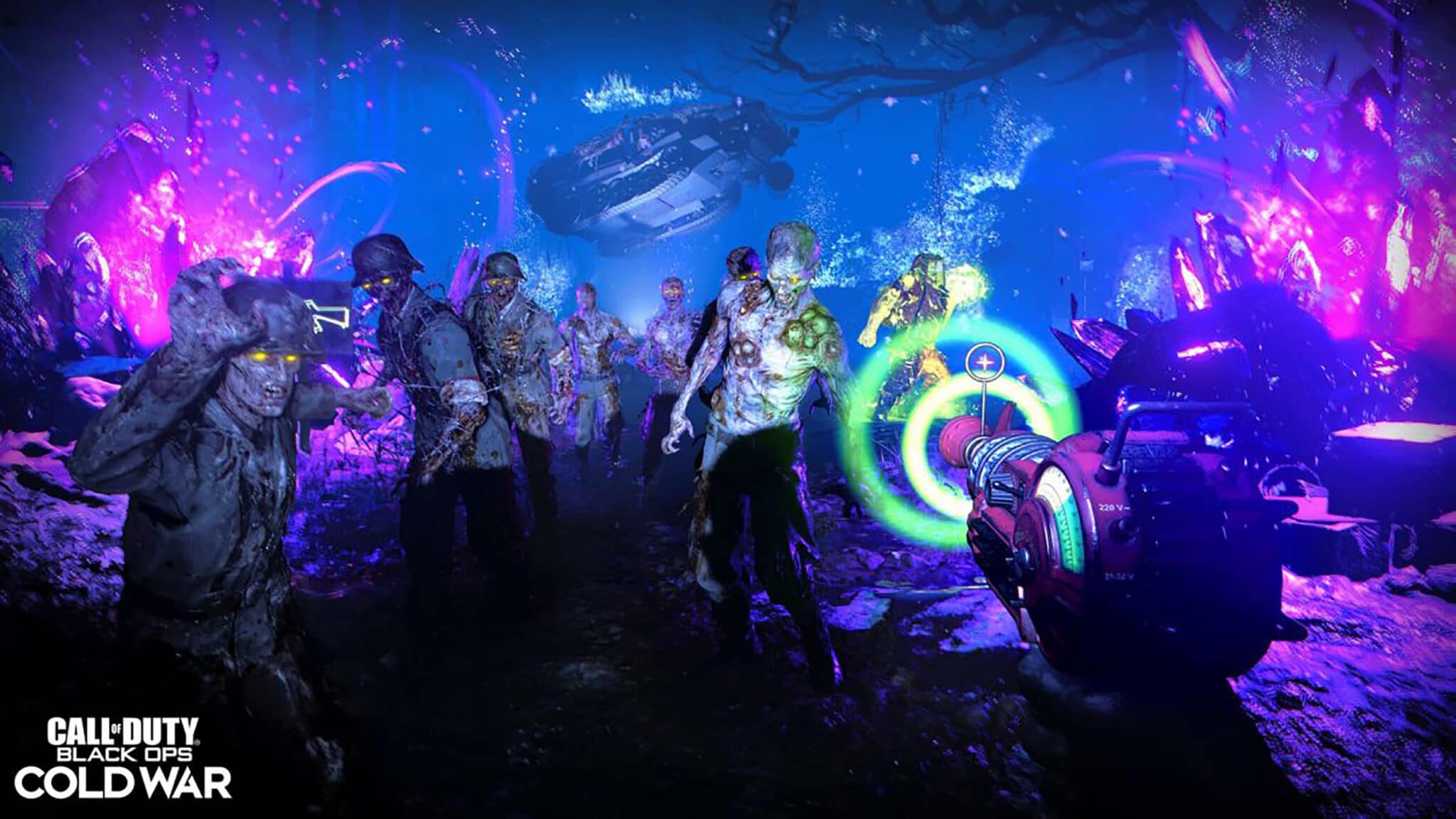 How to Complete the Die Maschine Zombies Easter Egg

It’s time for another Call of Duty Zombies mode, which means more Easter eggs to try and uncover! Figuring out what secrets Treyarch or Infinity Ward snuck into their Zombies modes is part of the fun of booting up a new Call of Duty. Unless, of course, you’re among those that can’t quite figure the Easter egg out.

With Black Ops Cold War, players were presented with Die Maschine, a multifaceted quest that features unique weapons and a thrilling boss battle. But, making it through the Easter egg isn’t necessarily a breeze. You’ll need to know what you’re looking for and where you should look for it. Or, you can skip the frustration and utilize this quick and easy guide!

We know you’re itching to complete this Zombies Easter egg, so we’ve simplified the steps to the entire process below, including how to unlock the five Wonder Weapons that will make the final boss much easier!

Turn on the Power

Before you can even consider completing the Die Maschine Easter egg, you’ll need to turn on the power. To do so:

With the power turned on, it’s time to grab that Pack-A-Punch. Start by looking for the two Terminal waypoints that should have appeared. The following segment does run on a timer, so be quick!

Now, you have everything you need to grab the D.I.E. Shockwave Wonder Weapon! Unfortunately, after turning on the power and grabbing a Pack-A-Punch, a Megaton enemy appears.

How to Get the Aetherscope

The Aertherscope is the next part of the puzzle! Head back to the Dark Aether and start searching for the three parts needed to build this component.

This is technically the first step of the Easter egg. Everything that preceded this makes the Easter egg much easier to complete. To start the hunt for Doctor Vogel’s Diary, return to the Dark Aether and find the Medical Bay. His diary will be waiting near the old computer. This will spawn three Spectral Anomalies that you will need to find. They can be located:

The key to completing the Die Maschine Easter egg is ensuring you have all the necessary Wonder Weapons. The following segments detail how to collect each elemental firearm.

How to Unlock the D.I.E. Cryo-Emitter Wonder Weapon

Let’s beef up those Wonder Weapons for the fight ahead.

How to Unlock the D.I.E. Nova 5 Wonder Weapon

Start your search for the Nova 5 Wonder Weapon at the Mezzanine Room atop the Nacht Der Untoten building.

How to Unlock the D.I.E. Electrobolt Wonder Weapon

Add a spark to your arsenal with the Electrobolt Wonder Weapon. So long as you have the Shockwave, you can start looking for this weapon by entering the Dark Aether Portal in the Particle Accelerator Room near the Pack-A-Punch Machine.

Once in the alternate realm, you’ll collect three energy crystals and return them to the Particle Accelerator Room. You can only carry one crystal at a time, so once you’ve retrieved one, head back to the Accelerator and add the crystal into the box found on the first floor.

The crystals can be found:

With all three crystals inserted into the box, you’ll receive the D.I.E. Electrobolt Wonder Weapon.

How to Unlock the D.I.E. Thermophasic Wonder Weapon

The final Wonder Weapon starts with a trip to the Pond and a return to the Dark Aether. A portion of this segment is time, so be quick!

With the final Wonder Weapon in your arsenal, we can return to completing this extensive Easter egg!

After the large device is activated, four cylinders need to be destroyed using the Wonder Weapon variants. Every successful shot causes the cylinders to rise, and once all four have been raised, you can move on to finding the Decontamination Agent.

We’re almost there! For this step, return to the portal by the Medical Bay and Particle Accelerator to return to the Dark Aether.

This is it! The fight you’ve been prepping for this whole time. To complete the Easter egg, protect Orlov from three waves of zombies. If Orlov gets hit, he’ll slow down and impede your progress. Utilize those Wonder Weapons to keep the zombies at bay, as it’s very easy to get overwhelmed.

When the Particle Accelerator is shut down, return to the Pond, avoiding the lightning along the way. At the Pond, interact with the helicopter and revel in having completed the Die Maschine Easter egg!