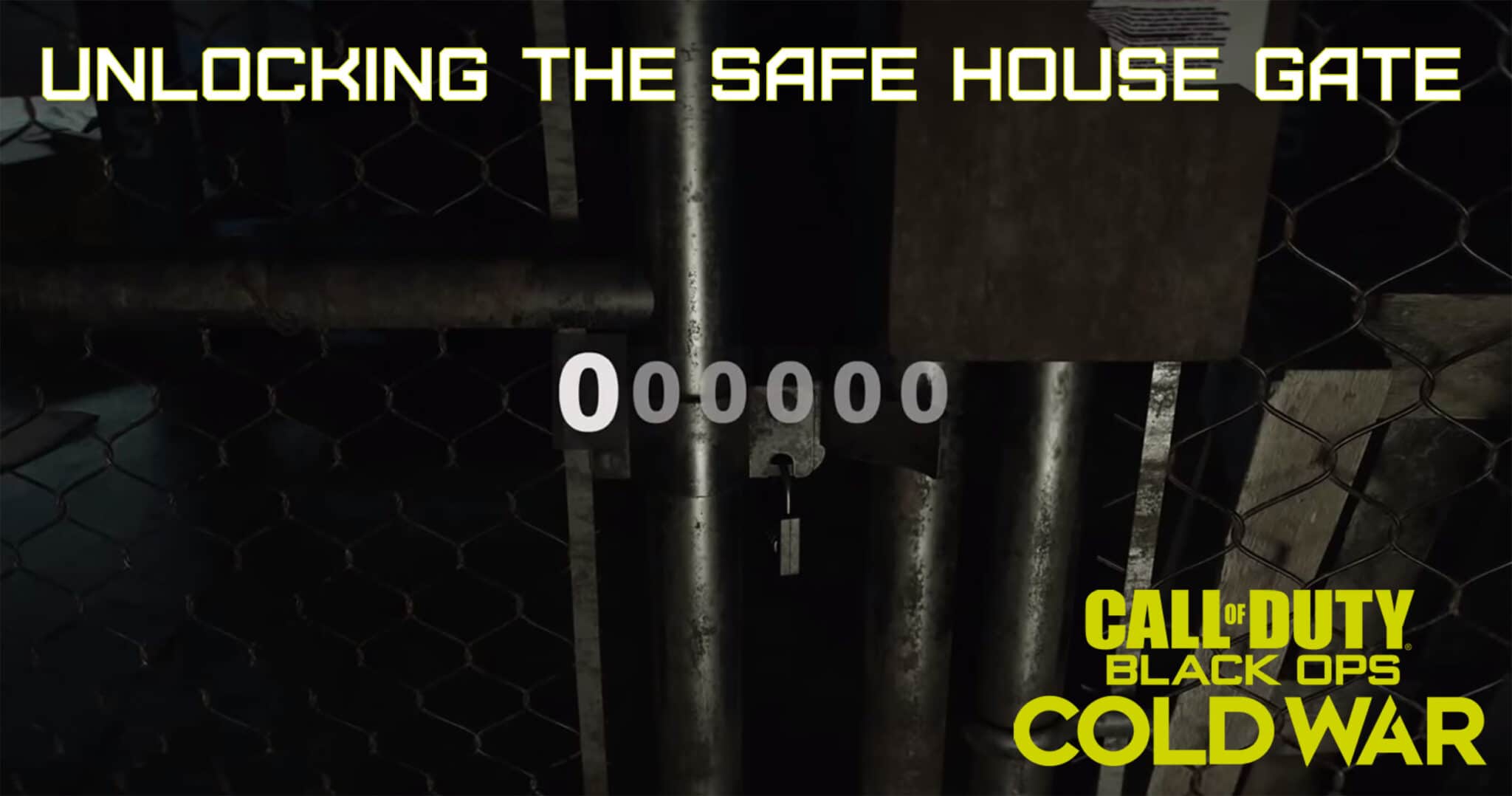 In gaming, some of the best secrets are the ones you don’t even know exist. Though most games throw them right in your face, some developers are a bit craftier. Treyarch wasn’t incredibly coy about its references to older Black Ops titles and real-world references in Call of Duty Black Ops Cold War, but it did have one secret it wasn’t too forthright about. What’s most surprising about one of Black Ops Cold War’s biggest secrets is that it’s accessible pretty early on – if you know what you’re looking for.

In Black Ops Cold War, eagle-eyed players may have noticed a locked gate in the safehouse. It seems pretty innocuous at first, maybe a piece of the environment that exists purely for aesthetics. Then you interact with it and realize, with the right six-digit code, you can find what’s behind the mysterious gate.

You could guess the code and spend hours finding the right combo, or you can follow this quick guide to unlocking the mysterious safe house gate.

Finding the digits for the lock is easier than you could imagine. First off, you don’t have to travel far. They’re all hidden within the safe house. In between campaign missions, start digging around to find torn documents with names like Clinical Record, Warren Commission Report, and a Dallas News Article. Historians may recognize these as having links to President John F. Kennedy’s assassination.

They’re pretty light reading, especially since they only have two digits sprawled across them. When combined together in the right order, you’ll get the code for the lock.

Look to the left of the gate and head down the nearby hallway. Once you pass a small office, look to your right to find the record and the number “11.”

Stay near the locked gate to find this report. Take one step back and look down at the ground. You should find a clipboard bathed in a spotlight. Interact with it to secure the commission report and the number “22.”

Head to the darkroom (with the red lights) for the Dallas News Article. Immediately after entering, look to the wall on your right. Here, you’ll find the article and the number “63.”

When put together, you get a rather notable date in history and the key needed to access what’s behind the gate.

So, What’s Behind the Gate?

We’re going to enter SPOILER territory here, so be forewarned.

First things first, you’ll want to unlock the gate early on in the game, or at least before the final mission should you decide to help Perseus and betray Adler. If you don’t know what that means – good! Go back to enjoying the campaign.

By unlocking the gate, you’ll be able to access one of the game’s endings. Additionally, there’s a playable arcade cabinet hidden inside, along with a computer with programs and a text adventure to tinker with.