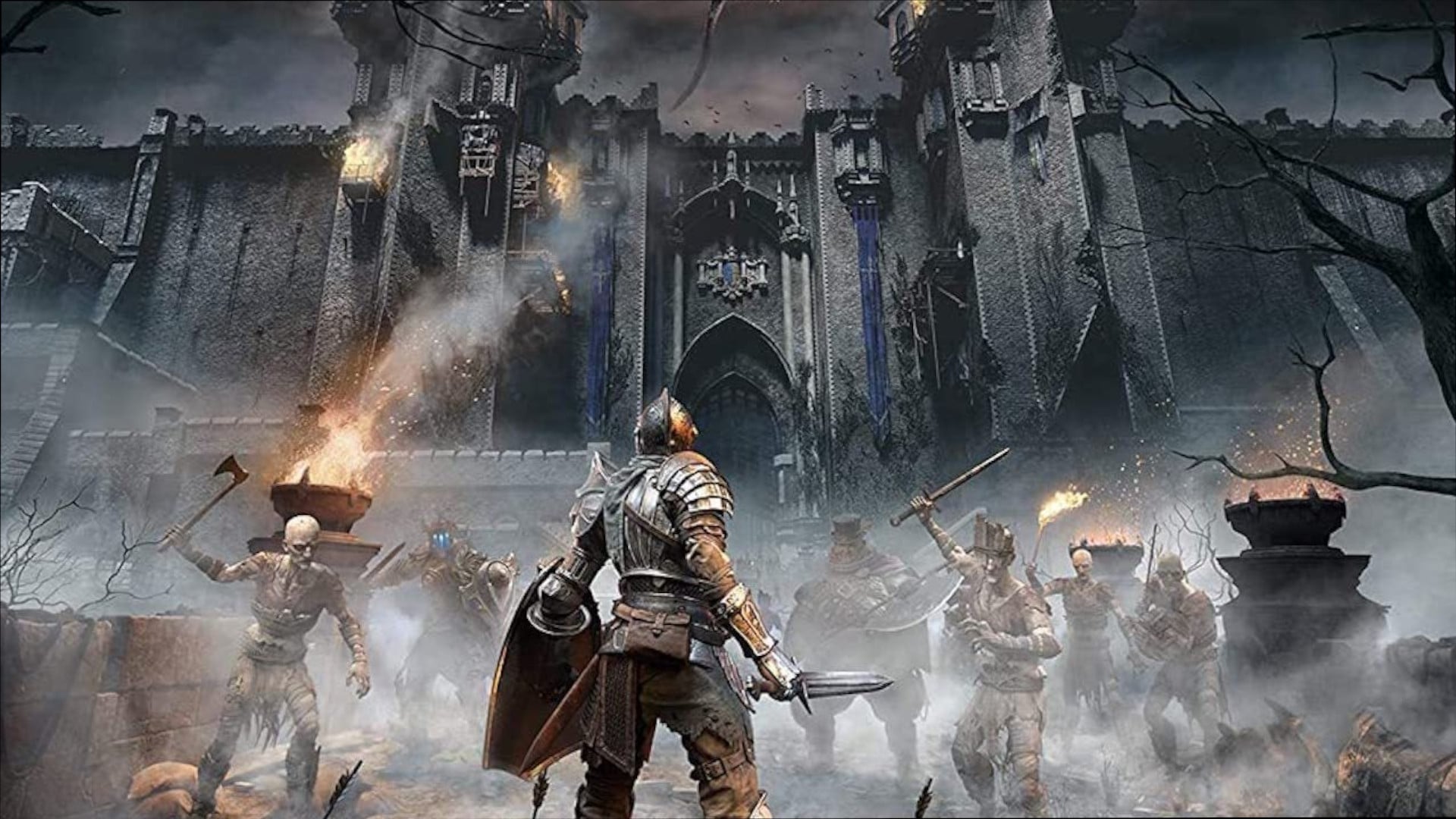 The Demon’s Souls Remake has been out for barely over a week and already players are finding and attempting newly found glitches. One is related to a secret door that was never in the original release, and the other, deals with a weapon that can one-shot anything in the game.

As far as the glitch dealing with the door goes, a speedrunner by the name Distortion2 had almost found his way around it, only to be thwarted by developer foresight. The door in question, is a completely new secret that was placed in the Demon’s Souls Remake for PlayStation 5.

By abusing and manipulating the in-game photo mode, players have discovered that an item lies behind the door. Unfortunately, no one has yet figured out how to open the damn thing. Since its discovery, players have been attempting all means of possibilities and methods to open the door and claim the prize.

They’ve smashed every weapon in the game against it. Nothing. Worn various armor pieces, full sets and mismatches, in an attempt to trigger an opening. Nada. Some players have even attempted to utilize all 79 of the game’s new Gold Coin consumables in front of the door. This was in reference to a Shadows of Colossus remake Easter egg, which too failed.

Distortion2’s attempt has been the closest on record to accomplishing this through exploitative means.

Distortion2 capitalized on a buggy method to climb walls brought on by how levels are loaded in Demon’s Souls, getting as close as he possibly could to entering a courtyard that sits beyond the door. However, the developers have shown their wits to be yet unmatched, leaving the prize behind the door out of reach with a few well-placed invisible walls.

Bluepoint has since dropped a cryptic tweet which may hold a clue to opening the door. 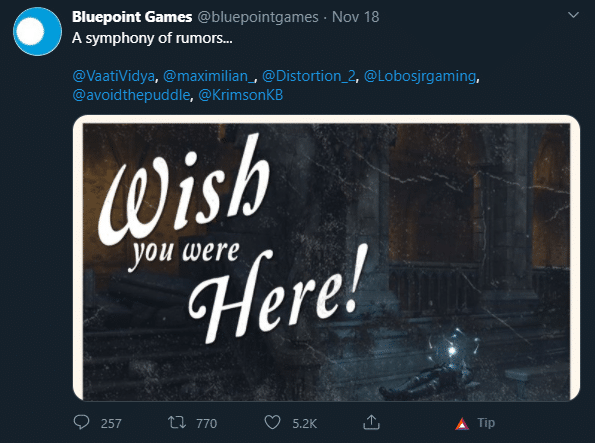 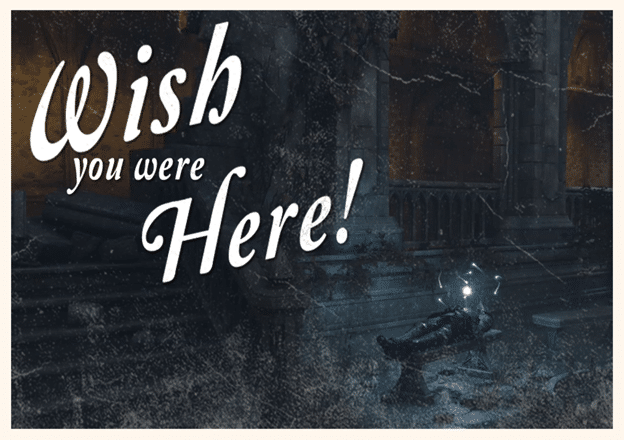 The above photo is apparently one taken of the item and area behind the door. The “Wish you were here” graphic seems almost like a taunt to players, attempting to keep the most resolved individuals engaged in the mystery. The one notable thing is actually what is said in the tweet itself.

“A symphony of rumors” harkens back to something Bluepoint tweeted out around Halloween 2019. 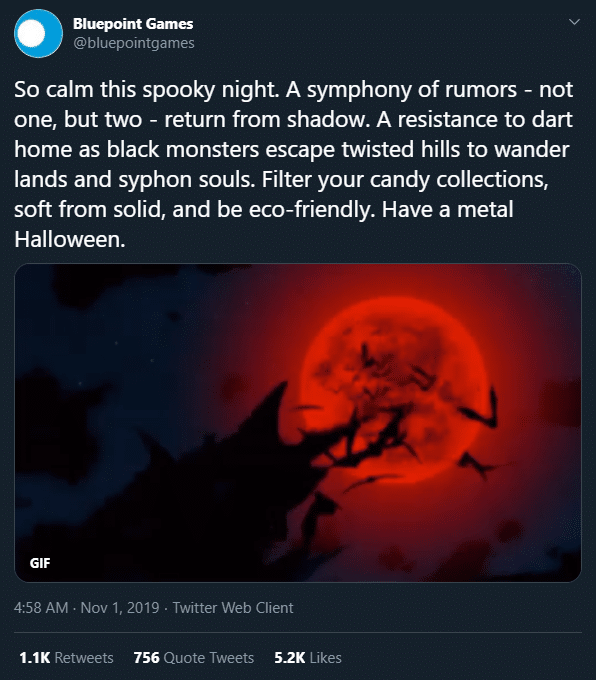 Could this year old tweet hold a clue to the mystery behind opening the secret door? The answer is anyone’s guess as the hunt continues.

As for the other glitch that turns your character into a one-hit boss killin’ machine, it actually take a bit of farming and perseverance to pull it off. YouTube content creator ymfah has uploaded a full step-by-step guide on how you can accomplish this goal as a fresh character playthrough.

The bulk of the buff seems to revolve around using one of the new Gold Coin consumables added to the remake. You’ll use the coin that applies a temporary boost to your Luck stat while engaged in conversation with the Maiden in Black while her Luck-boosting effect is active. The twist on this is that the game goes pretty bonkers when attempting two simultaneous Luck boosters that it begins to multiply the character’s Luck stat at an exponential rate.

The next item necessary would be a new weapon, the Blueblood Sword, as it is the only weapon in the game whose damage (both physical and magical) scales with luck. The tutorial itself is based primarily around what you’ll need to do to craft the Blueblood Sword and raise your stats to the required totals needed to use it.

Once the sword is in hand and swingable, you can do the Luck-boosting coin trick with the Gold Coin and Maiden in Black to acquire your God-like powers of destruction.

Pretty good chance that Bluepoint Games catches a whiff of this and patches out the glitch. So, it’s probably best to attempt it as soon as possible if you ever wanted to become an absolute God in Demon’s Souls.