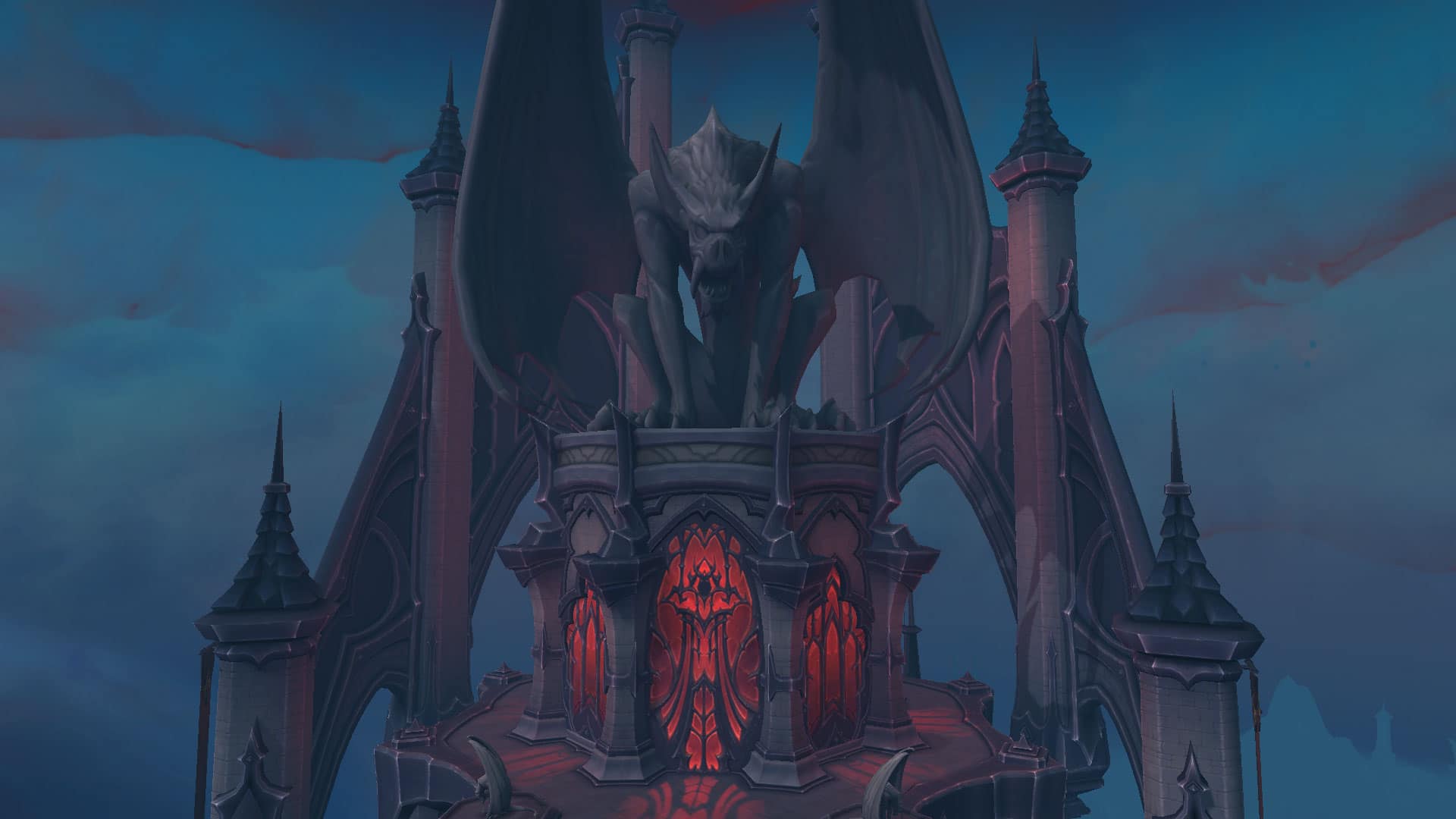 When To Expect World of Warcraft’s “Castle Nathria” Raid

World of Warcraft’s new expansion, Shadowlands, has only just released earlier this week, and the question on raider’s minds is “When is Castle Nathria going to open?” Castle Nathria is World of Warcraft’s newest raid and will be the first raid of Shadowlands. Players will need to scale the castle located in Revendreth in order to topple Sire Denathrius and his most trusted.

Thankfully, we still have some time to get well-prepared for the dangers within as the raid will not open until Dec. 9. This will only be the Normal and Heroic versions of the raid, as the Mythic difficulty will open just a week later.

This is a similar pattern to what happened in BFA, where players were given a couple of weeks following the expansion’s launch to level and explore the game’s new zones before unlocking the raid. Players will get to test their mettle against a more tame version of the raid with the Normal and Heroic difficulties before pressing onward to the highest difficulty of Mythic.

North American servers will have access to Castle Nathria on Dec. 8, lining up with Europe and the rest of the world for a Dec. 9 launch. The official time is not stated but it will likely be following the weekly maintenance reset for that week.

The following week will showcase the Race to World First with Mythic difficulty being unlocked on Dec. 15 in NA and Dec. 16 in EU. This will also open up the first wing of Raid Finder (LFR) difficulty, which is the easiest possible difficulty for those who just want to follow the story and see how things turn out. It will be divided into four sections, each section being released over an alternating weekly span starting on Jan. 5 and ending Feb. 2.

Take this time to level up, get geared, and enjoy your romp through the Shadowlands. You might even want to take your time to collect a mount or two.