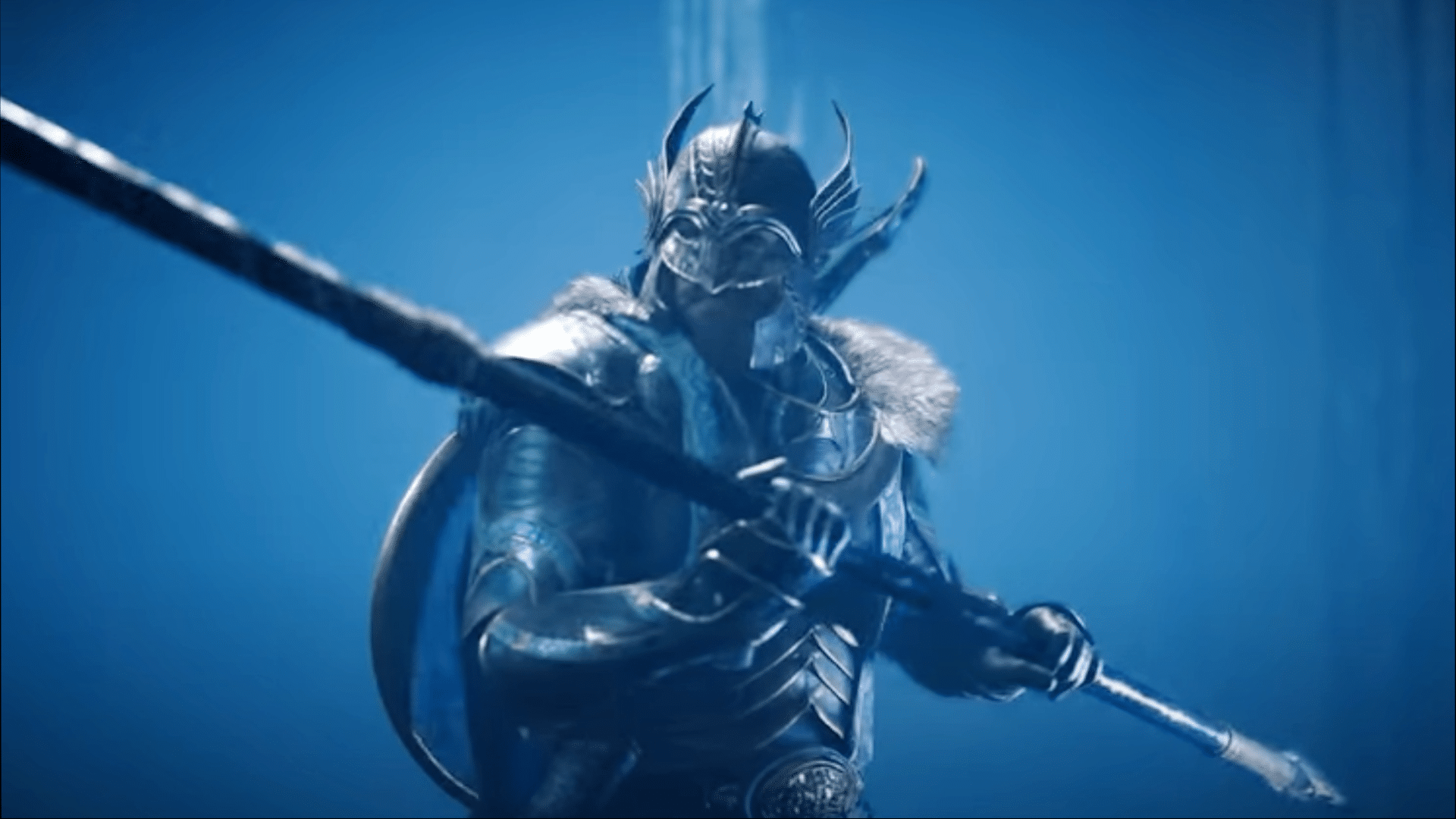 Assassin’s Creed Valhalla has an assortment of legendary weapons to discover and wield against your foes. From Thor’s Hammer “Mjolnir” to the legendary sword of King Arthur “Excalibur” there’s no shortage of mythical weapons. The same can be said of the armor in the game.

Another of these fabled pieces of gear is one that is seldom spoken of in pop culture. It is the spear which belongs to Odin the All-father of Norse mythology. Gungnir is that spear and wields immense power to vanquish enemies with quick and deadly precision.

Gungnir is only available at the end of the main story, so if you haven’t yet completed it nor are you even close then you’ll want to come back to this guide once you’ve reached that point. It requires that you’ve already finished all story arcs in England and have picked up the quest “A Brother’s Keeper”.

For those who already meet this requirement, to obtain Gungnir you’ll be heading back to Norway, preferably with a power level of at least 220. There isn’t any fighting required in obtaining the spear though you will be entering a 280 power zone with mobs to match. The choice is yours how you venture forward into Hordafylke. 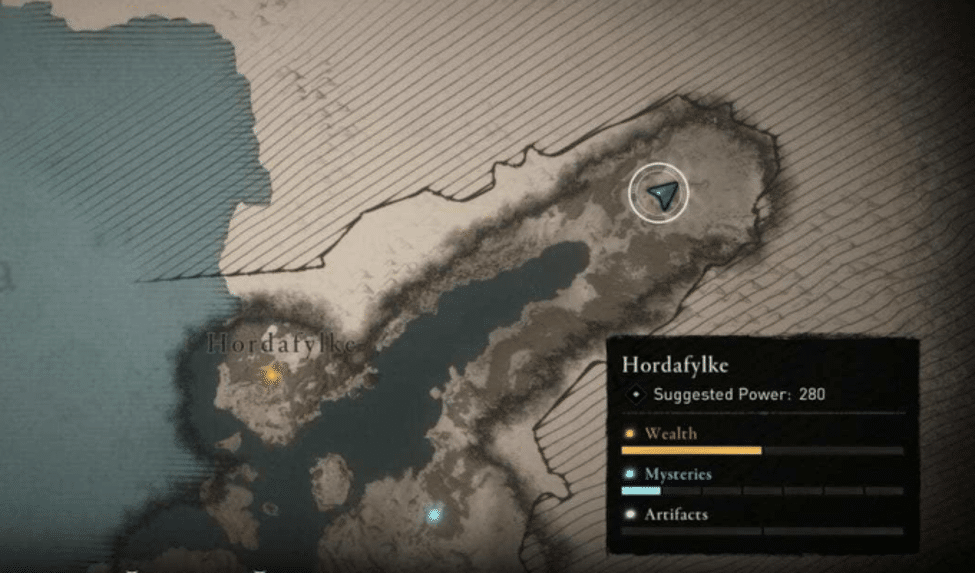 In the image above is where the spear will be located. You can visit the area earlier in the game but the spear will not be there. You must have completed the above requirements as well as the quest “A Quiet Homecoming” in order for the weapon to appear.

To reach the cave from where you land, climb the snowy cliff directly ahead and make a right at the intersection. Climb the cliff and take the first left to get to the area with the bears and cave.

Once inside, continue forward until you reach a crossroads where you want to take a right into the doorway that led to the temple from an earlier quest with Sigurd. Slip through the crack in the wall where you’ll focus on the spear above and Eivor will utter “A strange find! A spear like Odin’s.” Climb up and as you approach, Eivor will ask “Gungnir, is it you?” You’ll get a brief animation sequence that, once it concludes, will grant you your new spear. 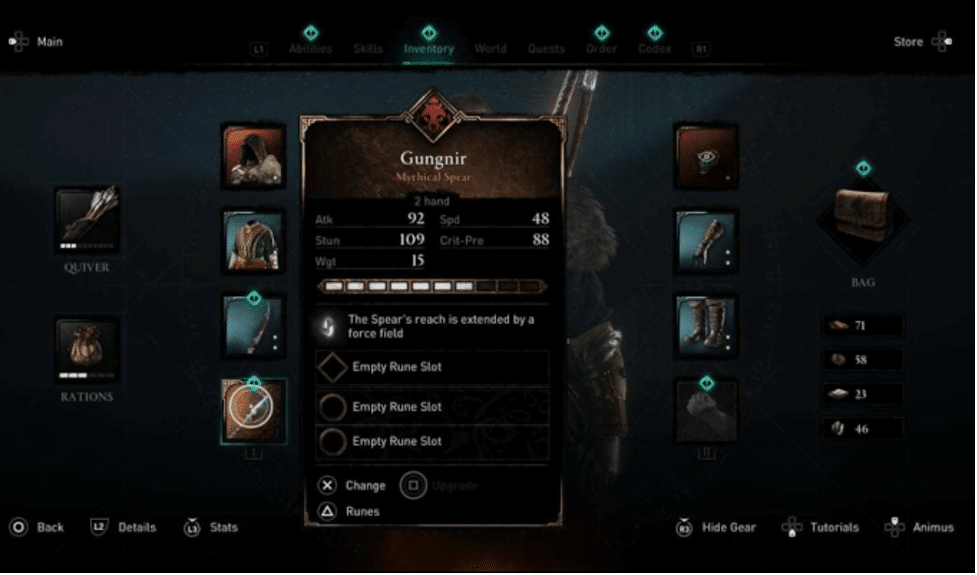 Gungnir comes with 7/10 upgrades and 3 rune slots (1 major, 2 minor). Its special is that it has an extended reach much further than that of a regular spear. The initial stats are:

The description provided reads: “A legendary spear once wielded by Odin himself. It is said that this fine weapon never missed its mark.”

The force field that extends its reach is very visible even while just sitting on Eivor’s back. It has a strange vibrating glow that emits from it making it one of the cooler looking weapons in the game. 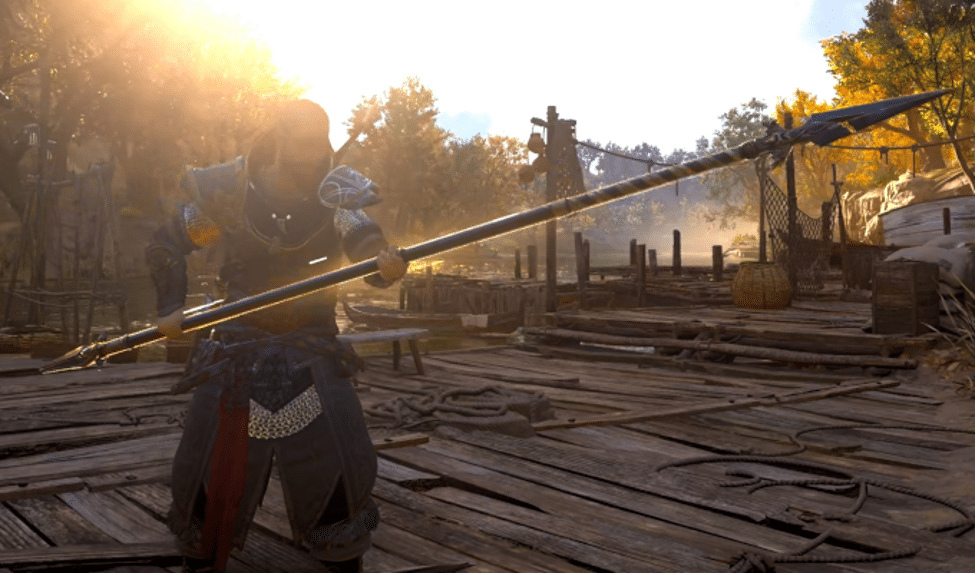 Gungnir works in practically all builds you can think of and is definitely a wrecking ball versus swarms of combatants. Now that you have it, go ahead and take it out for a spin.