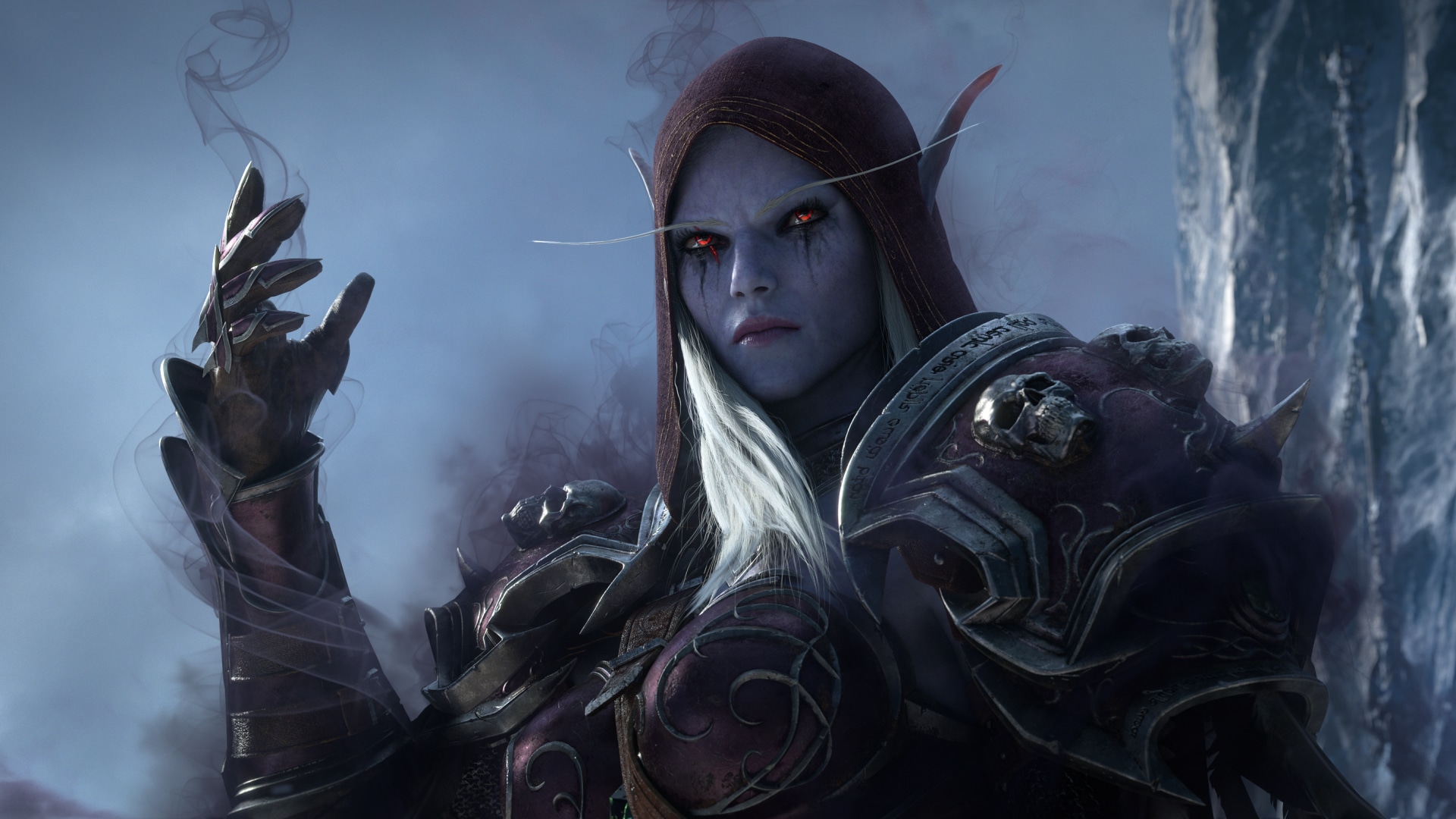 Sylvanas Windrunner has done quite a few “questionable things” since taking over as Warchief of the Horde back in World of Warcraft: Legion. These “questionable things” continued into the following expansion, Battle for Azeroth, where it was evident from all of the murder, betrayal, and the burning of Teldrassil, that a larger plan had been brewing. Not only that, but during an in-game cutscene where Overlord Saurfang challenges Sylvanas to a Mak’gora, She ultimately wins using an unfamiliar power source.

Thankfully a new cutscene in World of Warcraft’s most recent expansion, Shadowlands, provides context on why Sylvanas has done what she’s done. Unfortunately for all living creatures, this plan does not bode well. To put it all into perspective, we’ll need to take a time machine back to Sylvanas Windrunner’s moment of undeath.

Back in Warcraft 3, Sylvanas was killed by Arthas Menethil –who was at that time, the Lich King, and promptly resurrected as a banshee. For a long time, she was bound to his will until Arthas’ hold over the vast hordes of undead faltered, and she was able to break free.

Sylvanas would then take leadership over these undead refugees which called themselves the Forsaken, all of which were hellbent on getting their revenge on the Lich King. Three WoW expansions later and the heroes of Azeroth would band together and take down Arthas in his fortress of Icecrown Citadel.

Now that her revenge was achieved, Sylvanas had lost her will to (un)live and threw herself off one of Icecrown Citadel’s tallest towers. She died (again) and was sent to the worst hell that Shadowlands had to offer: The Maw. It’s unsure as to why she was sent there, but sent there she was.

While there, the Val’kyr, winged servants of death, offered her a deal to escape her fate and return to the land of the living. Sylvanas would take them up on this deal and vowed never to return. Players assumed that Sylvanas simply wanted to escape a fate worse than death, but, as it so happens, Sylvanas was plotting something more.

Enter the Jailer, lord of the Maw and those damned to serve eternity there. Apparently, Sylvanas had been in league with the Jailer for quite some time. The Jailer was, at one point, one of the five leaders of the Shadowlands. However, due to some fault of his own I’m sure, he was banished to the Maw.

The Jailer is currently featured as the main antagonist and big boss of the Shadowlands expansion. He continues to be the plight of Shadowlands and its infinite inhabitants causing untold turmoil across all four zones –Ardenweald, Bastion, Maldraxxus, and Revendreth. Even going as far as to infiltrate and corrupt those sworn to protect these zones.

During the pre-patch of Shadowlands, The Banshee Queen sent her Val’kyr allies to capture Anduin Wrynn, King of Stormwind, and take him back to the Maw. It is here, where we learn of Sylvanas’ thoughts on death.

From the cutscene we find out that Sylvanas simply thinks that neither life nor death are fair and she wants to tear the whole thing down. Admirable I suppose but a bit extreme. In shadowlands we’re told that all those who die come before the Arbiter who ultimately decides their fate. Sorting souls and shuffling them off to the zone she deems they deserve.

At least she was up until getting struck by a mysterious red beam and rendered inert. Now the Shadowlands are falling apart as all of the souls that were supposed to fuel the zones are instead falling through the cracks right into the Maw. This has enabled the Jailer to amass an ever growing army that rivals the Legion.

Apparently, Anduin will play a large part in Sylvanas’ and the Jailer’s plans. Or so we’re led to assume based on Sylvanas’ words in the cutscene. However, anduin’s words raise eyebrows as well. Are Sylvanas and the Jailer on the same page or is he just using her for his own ends? Is she using him for hers? I guess we’ll have to wait and see how the story unfolds.

Get World of Warcraft Shadowlands