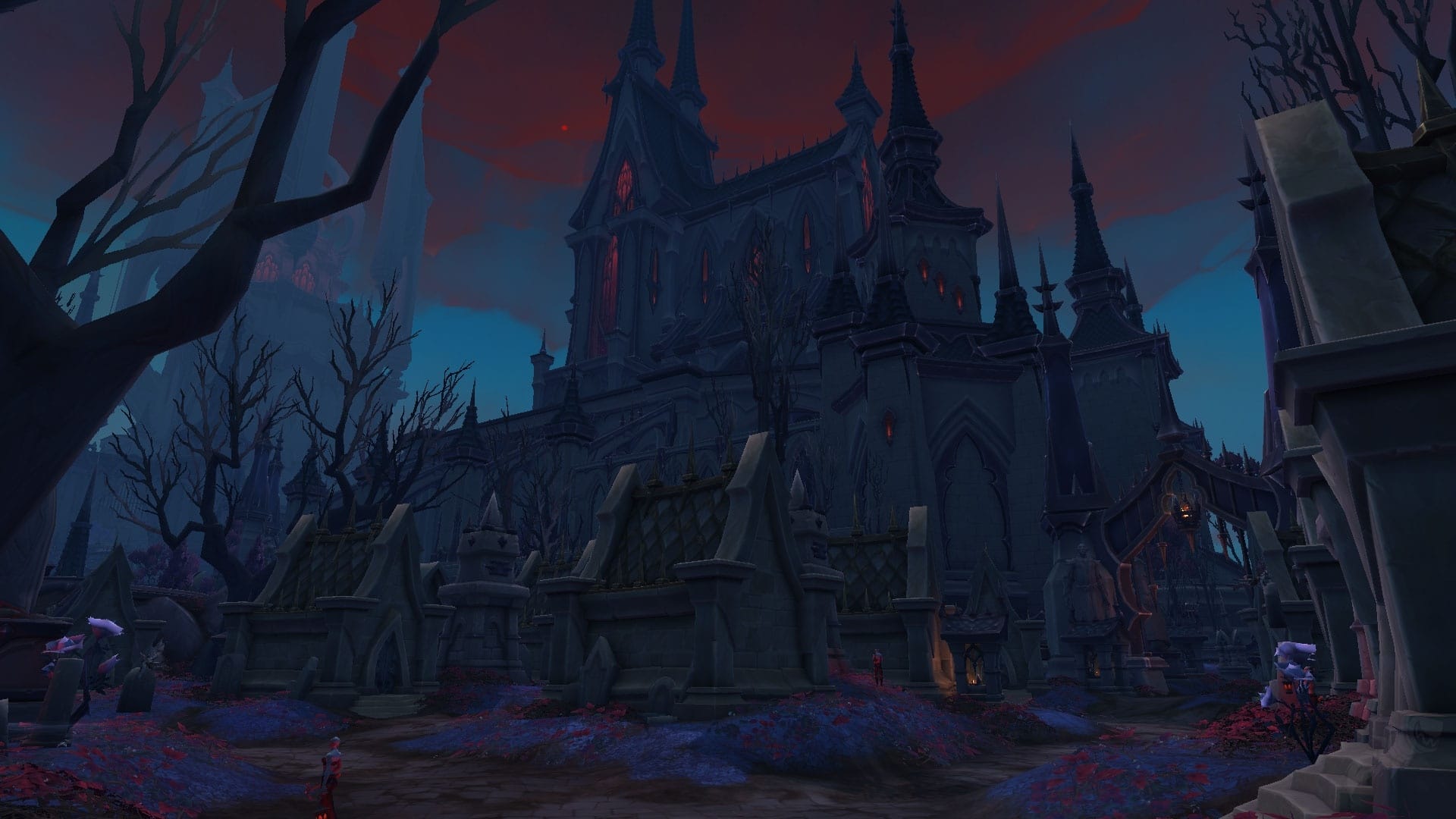 How To Earn Anima Conductor Rewards in Shadowlands: Venthyr

We’ve been discussing how Anima Conductors work in Shadowlands starting with the Kyrian and Night Fae covenants, and most recently, the Necrolord covenant. The last of the Anima Conductors to cover belongs to the Venthyr covenant in the macabre, vampire-inspired zone of Revendreth.

Anima Conductors drive anima streams to certain points throughout whichever zone a player has unlocked one in. The stream will unlock treasure, quests, or foes that culminate in rewards once whatever requirement is met in the area.

You’ll find the NPC to activate and upgrade the Anima Conductor,  activate the conductor, Foreman Flatfinger <Sanctum Upgrades>, on the upper level of Sinfall, Sinfall Reaches.

Complete the research and Flatfinger will provide a breadcrumb quest starting with Sanctum Upgrade: Anima Conductor, and ending with The Anima Must Flow.

Tier 1 brings two streams that you can control. Only one stream can be activated within a 24-hour period without first being reinforced. However, if timed right, you can have two simultaneous streams activated within the 24-hour server reset window.

Each stream brings a different challenge and varied rewards. Stream one grants access to a special treasure (Crypt of the Forgotten), and stream two unlocks a challenge from an enemy champion (Wanecrypt Hill).

Each daily stream costs 25 Reservoir Anima to open it so keep that in mind when deciding what to target.

Crypt of the Forgotten Anima Stream

Greed’s Desire will be the special treasure for Necrolord and is located within the Crypt of the Forgotten. The treasure is visible but unobtainable and will require you to first ascend the spectral path provided by a Greater Greedstone.

The path is winding and treacherous, formed by a series of sinstones that you’ll have to hop across or else slip through the cracks between them. Not all paths and obstacles will be the same in your attempt to get to the treasure. In fact, one path could lead you over a bottomless chasm where you have the chance to fall to your death.

Oh, and did I mention, time is of the essence. You only have a total of 18 seconds to complete the jump puzzle and claim the treasure at the end before it all disappears, sinstones included, and you have to start again. Should this occur, you can activate the Greater Greedstone to give the test another try.

Once you manage to successfully loot the treasure, it will no longer be available until the next day given that you keep the Anima Conductor stream targeted to Crypt of the Forgotten. The contents of the treasure are the standard fare of assorted vendor greys, anima items, and blue- and green-quality random gear items.

If you have friends, they can assist you in taking down the champion of Wanecrypt Hill, Harika the Horrid. Harika isn’t hard to spot, flying around in a static pattern without a care in the world, unable to be attacked by players. 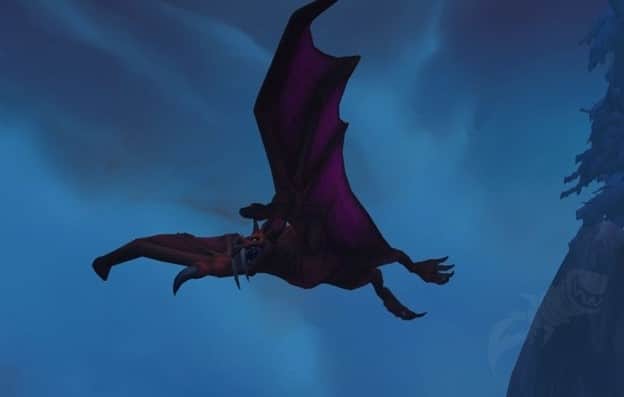 That is, until you locate a Dredhollow Bolt which can be found on the ground in the vicinity, though the placements are random. 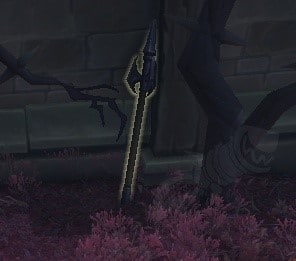 You can then visit with Wingsmash who will load up the bolt into his nearby ballista and snipe the giant bat from the sky. Harika will then fly down into range and be targetable by all in the area, including Wingsmash who will tank the bat for you. 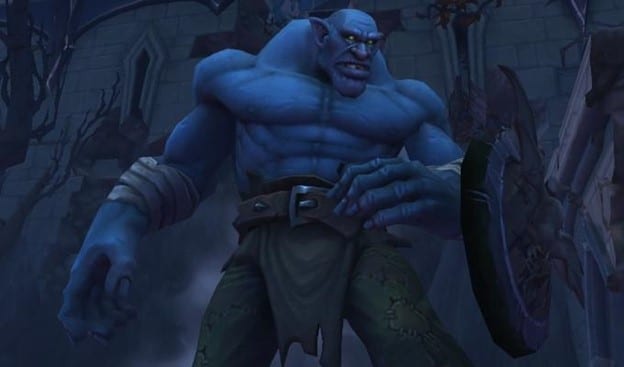 The fight is fairly simple so long as you remember to interrupt Vampiric Consumption, a spell that drains the life from nearby players, which Harika will attempt to use to heal itself. Finish off the bat and you’ll be able to claim your daily rewards.

Defeating Harika the Horrid yields the usual complement of vendor greys, assorted blue- and green-quality gear items, and anima items. It also has the potential to drop an even greater prize in the form of the Horrid Dredwing mount. All drops are once daily, so even if you choose to help out friends with their fight, no loot will be available to you. 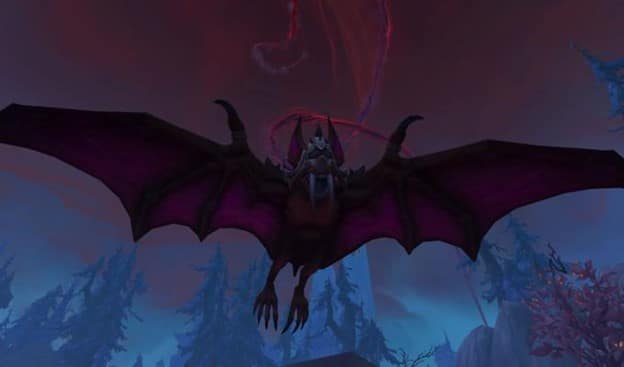 Those who target their anima conductor toward Wanecrypt Hill and complete the task are awarded two Grateful Offerings.

Two new streams are available after unlocking tier 2 of the Anima Conductor. These streams share the same rules as the first two in that only one can be activated within 24 hours.

Court of the Harvesters Anima Stream

The world quest that is unlocked is only visible and achievable by you. The rewards for completion tend to lean toward anima items but are random. Additionally, by completing the quest you’ll receive 125 reputation with the Court of Harvesters and three Grateful Offerings.

Daily quests, for which there are two, will be available at Pridefall Hamlet. The quest provider is different depending on the quest but all quest givers can be found at the top of the Pridefall elevator platform. An example of one such daily quest would be Edict of Doom: Devourers which is given by Lord Harris.

Each quest completed will net you three Grateful Offerings for a total of six per day. Reinforcing the Pridefall Hamlet stream will provide two rotating daily quests each day.

Two final streams remain and are granted by upgrading your Anima Conductor to tier 3. One stream will provide a Venthyr-specific enhancement buff (The Shrouded Asylum), while the other sets the stage for a battle with a powerful foe (Dominance Keep).

Selecting this stream provides a 24-hour buff and nothing else. The buff is quite powerful and will persist throughout the entire day. It is also tied exclusively to your covenant and can only be used within the zone it represents.

Only one enhancement can be chosen per day and should greatly help with all tasks and activities within Revendreth. You can find the NPCs that provide the buffs on a platform in The Shrouded Asylum. The area does have a few mobs but they shouldn’t pose too much of a threat.

The NPCs, and the buffs they provide are as follows:

A powerful foe awaits you when choosing to lock in this anima stream. Forgemaster Madalav is a level 62 elite and can be found near the northernmost edge of Dominance Keep. 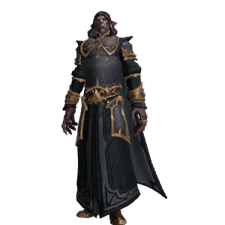 You’ll need to spawn him but in order to do so will require much strength and determination. The area that surrounds him is full of level 60 elite enemies and traps, including stone gargoyles which apply the Watcher’s Cry debuff.

These gargoyles are not actual mobs but do activate when passing by them. If you stay within their watchful gaze for three seconds, the debuff they place on you increases enemy detection radius for 30 seconds. As in the enemies can now see you from further away and attack accordingly.

If you can manage to make it up the elevator to Dominance Keep and interact with Madalav’s hammer, he’ll make a special appearance. Before you do though, make sure to clear the area of all mobs as Madalav will spawn adds of his own during the fight.

The battle can be quite difficult, especially for melee as Forgemaster Madalav has a predilection to parry incoming melee attacks and stun players for the attempt. To counter this, players can activate the petrified guardians in the area to help with the fight.

Forgemaster Madalav has the typical “junk drops” that most enemies do which includes vendorable grey, green,and  blue gear, as well as conduits and anima items. One of the major items that we know he has the chance to drop is the Mantle of the Forgemaster’s Dark Blades, which is Venthyr-covenant only. 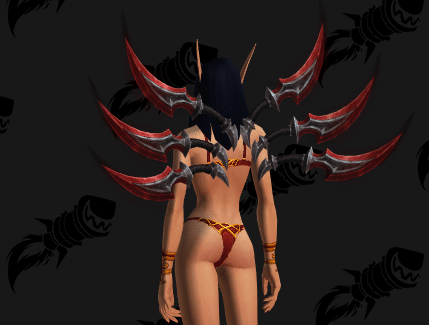 Taking down this powerful foe will also reward you with six Grateful Offerings.