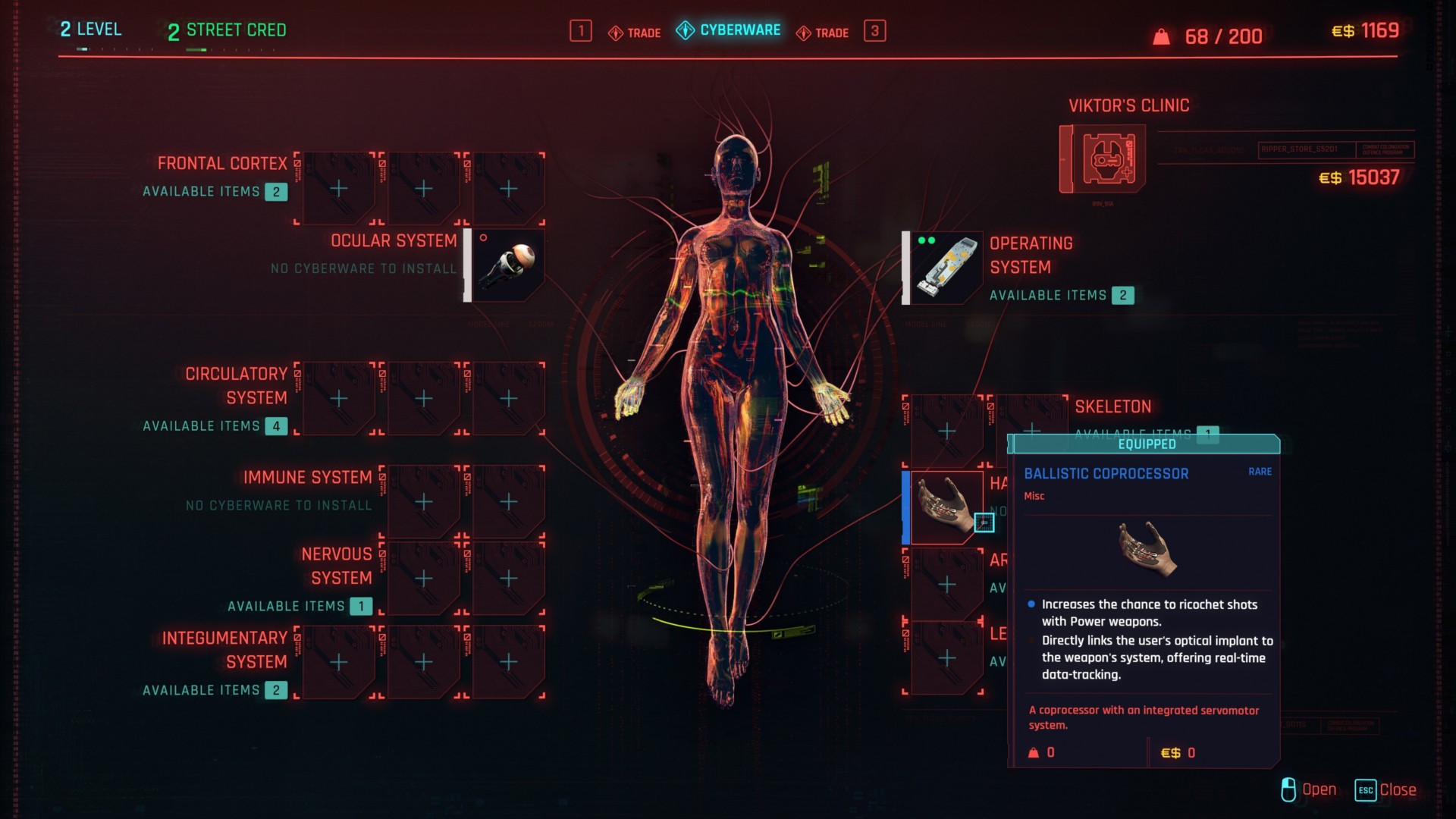 Cyberware Upgrades To Take Or Avoid In Cyberpunk 2077

Cyberpunk 2077’s Cyberware system is one of the more interesting of the game’s paths of progression. To go along with all of the guns, you’ll get an extensive array of various cybernetic upgrades to get your hands on.

There are so many, in fact, that it could become rather overwhelming pretty quickly when deciding which ones to focus on, and which to avoid. Luckily for you, we’ve gone ahead and eliminated the need to think for yourself.

Below, you’ll find which cyberware upgrades we consider the best and worst, and where you can find them. Save yourself some time and eddies, and continue reading.

Upgrades To Focus On

A cyberware upgrade for the nervous system that will slow down time around you, following a Dodge or Slide Maneuver, by 90% for 3.5 seconds. Upon activation, it only comes into effect while blocking, aiming, or attacking. This sort of thing is great when surrounded by multiple enemies, where you’ll want to whittle down the number of potential foes quickly. It’s even beneficial when you need to run and gun in an all out assault.

You’ll need 18 points invested in Reflexes before you can acquire this upgrade from the Ripperdoc in Santa Domingo. It’s going to cost you around 35,000 eddies to purchase it, so be sure to stock up before you make the trip.

Classic and reliable replacements for natural limbs, suited for all kinds of hard labor.

Fans of beating their foes to a pulp with nothing but their fists will definitely want to snag a pair of these babies. The Gorilla Arms greatly increase your punching power and amplify the strength needed to rip open doors and rip guns off of those annoying automated turrets.

You can grab two versions of these cybernetic upgrades. The more low-end version can be acquired from Ripperdoc Viktor, who is the first Ripperdoc you encounter in Cyberpunk 2077. The better (legendary) version can be found at another Ripperdoc on the west side of the City Center. Both versions are on the expensive side but the legendary version will require you to have at least 45 street cred before it can be purchased.

A missile launcher in the palm of your hand (more or less literally).

Very likely the most powerful attachment you can apply, this cyberware upgrade packs a mean punch. V’s arm can transform into a missile launcher and deliver an enormous amount of Explosive damage to multiple foes. The catch is that it replaces your ability to use grenades. Honestly, it’s well worth the tradeoff.

Finding this upgrade isn’t hard. Most Ripperdocs in Night City will have it available, including Viktor. It’s the activation requirements that will be your small obstacle. You’re going to need the Smart Link cyberware before you can start dishing out hand missiles. This particular cyberware enables the more advanced cyberware upgrades to be implanted into V, and the PLS can definitely be considered advanced.

The Smart Link is purchasable from the Ripperdoc in Watson, just north of Kabuki.

Corrects one of nature’s greatest flaws by giving you a second lease on life.

Adding an auto-resurrection upgrade to your circulatory system sounds a bit busted, and at times, it is. Once V falls to 0% health, the Second Heart kicks in, filling V’s health right back up to full. Of course, to avoid being too overpowered, it does have a two minute cooldown kick in after use.

Pump your Body stats to 16 and you’ll be able to purchase this cyberware upgrade from the Ripperdoc in Haywood. You’ll find him on the western most side of the district.

This particular cyberware upgrade is great for players who prefer melee oriented builds that use up Stamina rather quickly. Syn-Lungs are designed to boost V’s Stamina regeneration so that he (or she) can stay in the fight longer.

Syn-Lungs are a circulatory system upgrade just like the Second HEart, and can be found in the same place, by the same Ripperdoc in Haywood.

Another upgrade that slows down time, only this one can be activated at will. When activated, V’s damage and critical hit chance is boosted by 15% along with the 25% slow down effect for 16 seconds. Dynalar Sandevistan MK.4 is one of the best cyberware upgrades for taking down elites in a short time.

It’s going to take at least 16 points in Reflexes and 35,000 eddies to purchase this upgrade from Viktor in Watson.

Players looking to bounce around like Mario will find the Reinforced Tendons to punch that ticket. You’ll be able to perform double-jumps to reach some of the harder to reach places in Night City. It can also help in fight encounters to either catch or getaway from enemies when you bite off more than you can chew.

Acquiring these bad boys will take some time, especially at the hefty price of 45,000 eddies. Most of the Ripperdocs in Night City will offer you this augmentation and, if you can get it early, will really help you uncover more of Night City than you would otherwise.

You’ll need to pull off a bunch of side gigs while looting everything in sight in order to acquire this upgrade as soon as possible. However, opening up more areas of Night City may just be worth the effort.

As we’ve said, there are plenty of different cyberware upgrades you’ll come across in Night City. But not all of them are created equal. Those already presented are some of the best and should be a priority focus if cybernetics are important to you. The following are less attractive options and should be avoided unless you really have a need to acquire everything in game or simply just want to try things for yourself.

It’s sad to report but the Mantis Blades are incredibly underwhelming in practice. This comes as a disappointment especially after seeing them in many of the Cyberpunk 2077 demos prior to launch. They’re really no better than a katana so, unless you’re more focused on how it looks rather than how it performs, we suggest avoiding this upgrade altogether. It’s best to save your eddies and the cyberware slots for something better.

Seen as an alternative to Reinforced Tendons (Double Jump), we can honestly say that the Charge Jump is incredibly underwhelming. It acts similarly to the double jump, allowing you to reach heights by holding down the jump button. However, the double jump ability is far more flexible in nature making it a better choice. Double jump offers far more control whereas Charge Jump is a static leap upward.

In Cyberpunk 2077, double jump is a complete game-changer. Even outside of the obvious uses it has to reach the normally unreachable areas of Night City, it’s also a viable option when approaching groups of enemies in a more tactical way. It opens up so many paths in combat or otherwise that Charge Jump simply pales in comparison. It shouldn’t even be blip on the radar once you acquire Double Jump. Keep Charge Jump far from your mind and pick up Double Jump instead. You’ll be doing yourself a favor.