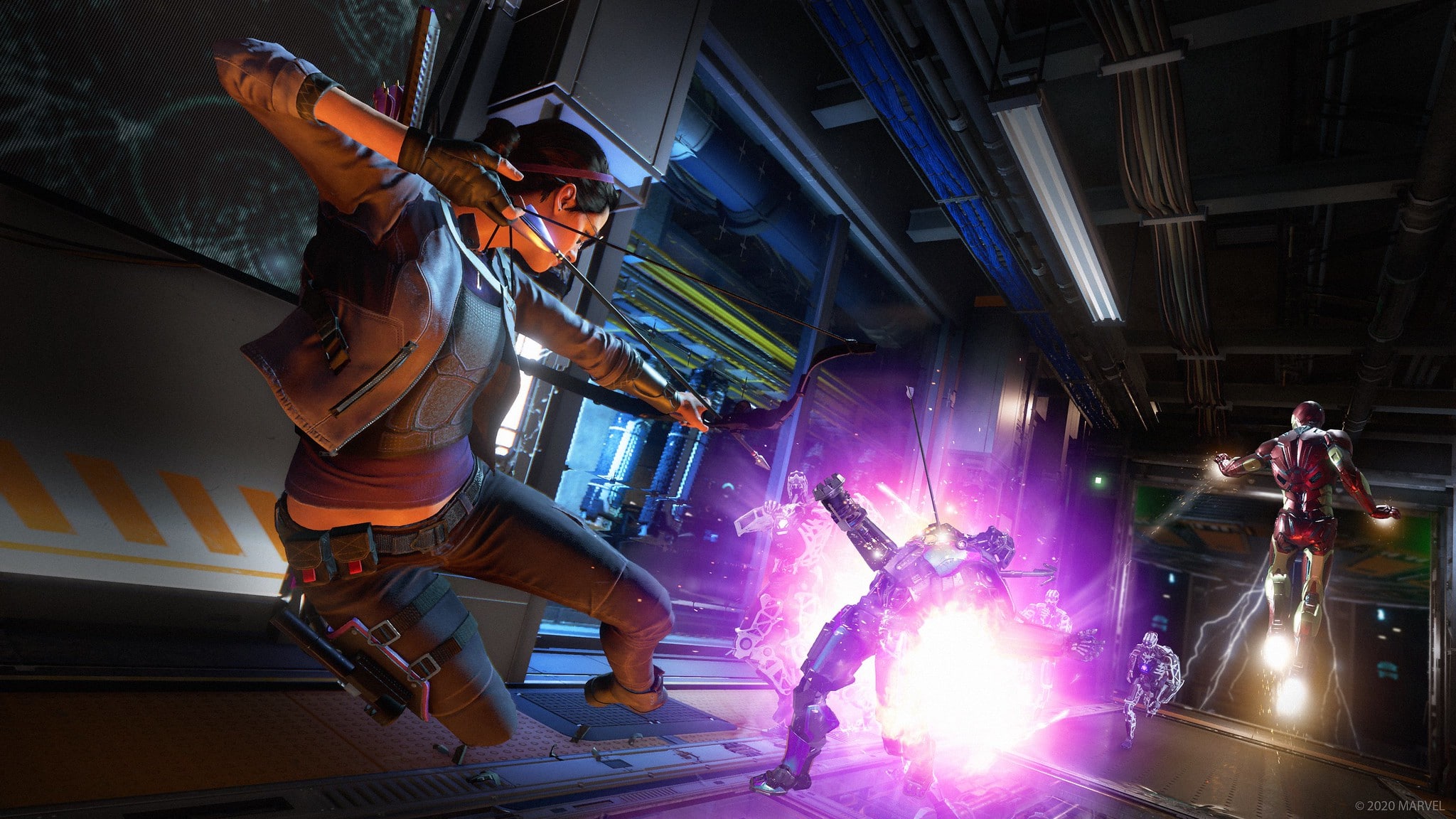 December Will Welcome Kate Bishop To The Marvel’s Avengers Roster

It’s been a long road, and anyone who is still playing Marvel’s Avengers should be excited by the prospect of a new hero joining their ranks. Kate Bishop will finally make her Marvel’s Avengers debut on December 8 according to the official PlayStation blog. This is after an initial delay following her announcement a few months back.

The blog states “Kate Bishop is a world-class archer, adept swordswoman, and master of sarcasm and snark.” So, Ironman who dropped the suit and picked up a quiver and bow?

Additional information was provided on Kate’s gameplay including her design aspects, moves, skills, and abilities. “When we were designing Kate’s kit, it was important to us that we balance the similarities between her and Clint with her unique stylistic differences. She learned much of what she knows from him, so we wanted that to be reflected in her abilities, but it was just as important for her to have her own Heroics, Intrinsics, and Takedowns that set her apart as a fighter with which to be reckoned,” the blog details.

To differentiate Kate from Clint Barton –the original Hawkeye planned to be released next, she received her own repurposed AIM tech. This tech utilizes quantum energy giving her unique agility and speed to run circles around her foes. This provides a double-jump powered by a short-range teleport to keep Kate on the move.

Of course, she wouldn’t be a Hawkeye without a bow and quiver full of arrows, most of which can be upgraded further, and a sword for those up close and personal moments. One of the cooler aspects of her kit is the Decoy heroic ability which creates a hologram replica of Kate to distract enemies. This hologram will utilize quantum energy arrows of its own.

Other details, such as Kate’s introductory mission, were also discussed in depth, stating “You’ll meet Kate as she’s searching for her former mentor, Clint Barton, in her own story operation, Marvel’s Avengers: Kate Bishop – Taking AIM. Along the way, she uncovers a huge conspiracy — time travel level huge — involving the missing Nick Fury and a terrifyingly powerful, new threat: the Super Adaptoid. She takes up the mantle of Hawkeye and joins the Avengers to get to the bottom of the mystery and save a world that doesn’t even know it’s in peril.”

Clint Barton’s release should come on the tail end of Kate’s story as he is the hero next in line to be added to the overall roster. Chances are good for an early 2021 release but given the state of the game since launch, it’s anyone’s guess.

Regardless, expect Kate Bishop to become the newest fixture to Marvel’s Avengers on December 8.