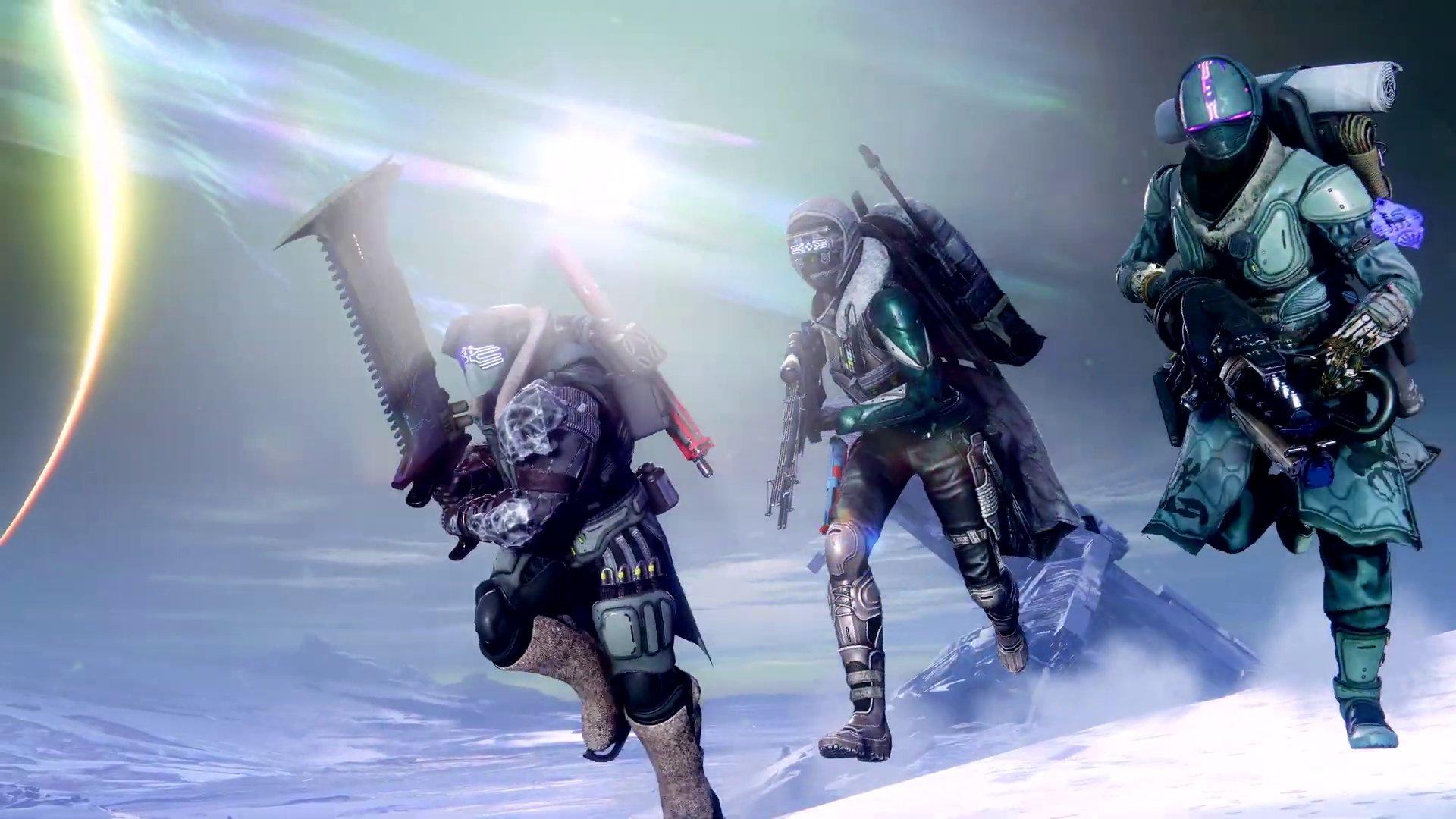 List of New Exotic Weapons & Armor In Destiny 2: Beyond Light

The servers are back up and running and Destiny 2: Beyond Light has arrived. Fans can rejoice in the knowledge that the expansion comes with it a whole host of new exotics to play around with. As of right now, the only exotics we know to be in the game come to us courtesy of the in-game Collections tab which features all of the weapons and armor you can acquire. However, I wouldn’t put it past Bungie to surprise us with a few more in the future.

For now, here is a list of the current exotics already in the new expansion.

Destiny 2: Beyond Light brings with it five new exotic weapons, some of which you may recognize from the original Destiny.

We’ll start the list off with a melee weapon. The Lament is a brand new sword to Destiny 2 but also doubles as a chainsaw. You can hold down the trigger to rev up the blade or go on a slice and dice spree. The choice is yours. The chainsaw perk allows you to cut through shields like butter and adds shield-piercing capabilities to your other attacks. Is this a prelude to Evil Dead 4: Ash in Space? Who cares?! The weapon looks fun.

This weapon is aptly named as it has a dual purpose depending on if you decide to shoot from the hip or aim down the sights. For the former, it unleashes a spread of pellets on your enemies whereas the latter deals a single high-damage slug. To pick up Duality, you’ll need to purchase the new ‘Season of the Hunt’ season pass.

Hawkmoon is another favorite of the original Destiny making its Destiny 2 debut. Its special power in Destiny 2 is unknown at this time. However, in the original game it’s perk randomly applied bonus damage to the rounds inside your magazine upon reload. Some of these rounds were essentially “GodMode” and could one-shot opposing players in PvP.

Chuck ice blocks grenades at enemies with this Stasis, Destiny 2’s newest power type, exotic. The Cryocannon perk will have you holding down the trigger to charge and then release it to rain down freezing stasis crystals. You can even use the freezing part of the perk to create platforms to jump to if feeling clever.

No Time To Explain

Yet, another exotic from the original game getting some play time in the second series installment. Precision hits made against frozen or slow enemies will create tiny, floating turrets that will shoot at enemies which remain at your side.

Have you ever wished that Destiny 2 had a multi targeting rocket launcher? If the answer is ‘yes’ then you’re in luck because that’s exactly what Eyes of Tomorrow is. You’ll be able to track and fire upon multiple enemies at once. Anytime you take a squad of four or more enemies in a single volley, your next set of rockets will do increased damage. This is a lot of fire power for one Guardian to have.

Destiny 2: Beyond Light has two exotic armor pieces per class. Of course, this could and will likely change as the expansion progresses.

Hunters will be happy with this exotic. It changes your typical subclass Dodge with a teleport that boosts weapon damage for a short time. After performing Light Shift and coming out the other end, your weapons will pack more of a punch. The teleport is also faster than the dodge so no real downsides to this one.

This exotic is definitely one of the better PvP-centric exotics for Hunters. The perk Skittering Stinger gives Weighted Knife an additional ricochet. Persistent precision hits with weapons will boost Weighted Knife’s damage and stagger ability significantly for a short duration.

The ultimate burn Warlock PvP exotic is here in Dawn Chorus. It comes with the perk Rites of Ember which tacks burn damage onto your boosted Daybreak projectiles that cause damage over time (DoT) to enemies hit. All of your burn effects will also last longer and each burn your target takes refunds your Dawnblade energy.

Another DoT-based exotic for Warlock is Necrotic Grip. Your melee attacks will infect enemies with a poison that bounces to other nearby enemies when killed. Every kill restores melee energy in order to keep the spread of corruption going.

Glacial Guard will replace your Barricade ability with an absorption shield that prevents a small amount of damage received. While the Barricade is active, it does not recharge and you are forced to move at a slower pace. This is a decent exotic for Titans.

Our final exotic on the list belongs to the Titan class. Perk Kintsugi provides an overshield aura to all nearby allies whenever you revive or are revived. This will definitely come in handy during major raids and hardcore PvP activities.

Destiny 2: Beyond Light has only been out for around 24-hours and it’s already shaping up to be a great addition. Now is the best time to get in on the action for both new and returning players looking to begin fresh.