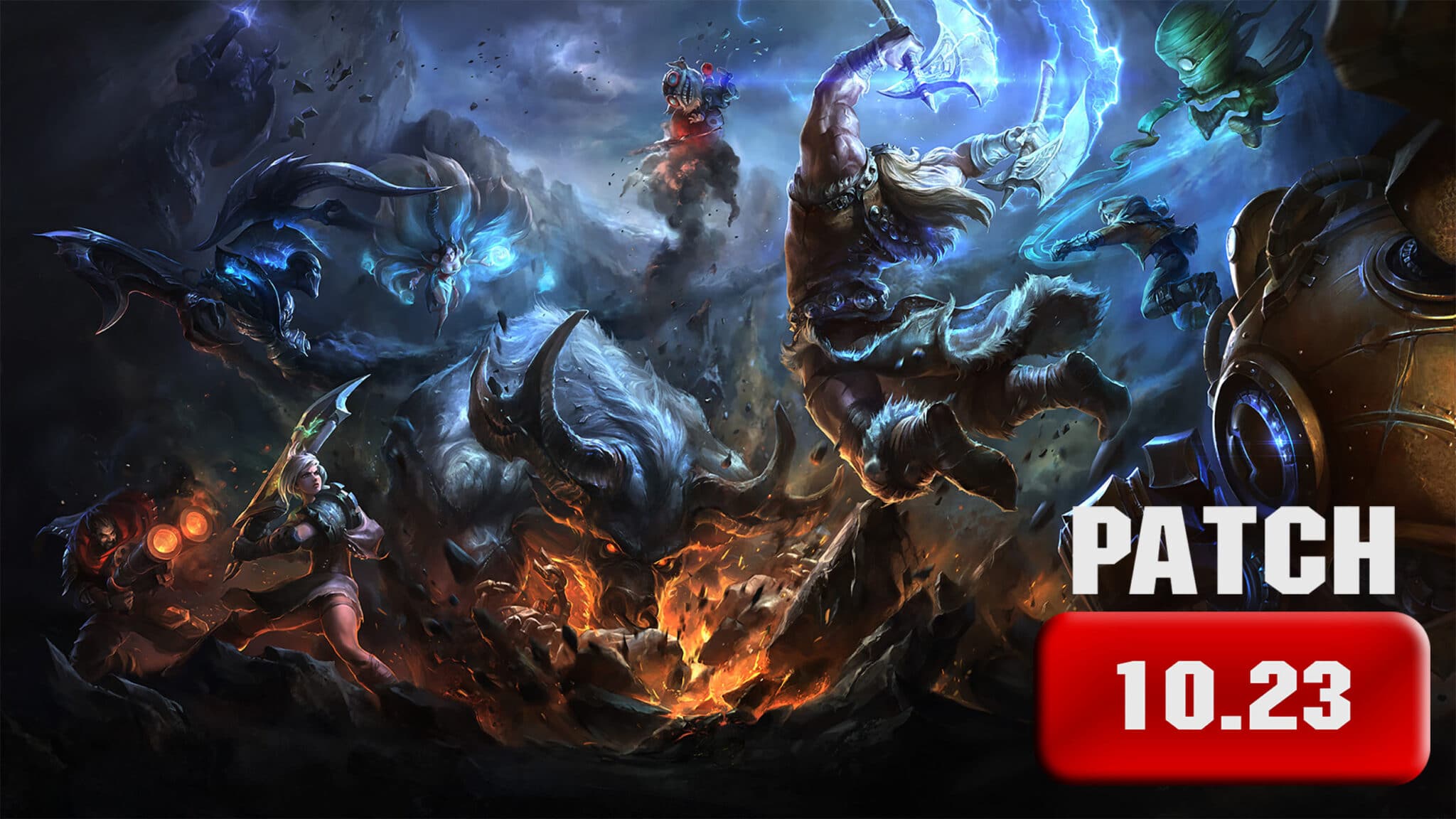 It may be an 11-year-old game, but Riot Games is far from letting its popular MOBA, League of Legends, slip into obscurity. The development team is still releasing frequent patches that fix old mechanics, add new ones, and keep the experience fresh. Its most recent patch, 10.23, released today, bringing with it a host of changes sure to appease most players.

According to the notes released by Riot Games, the preseason patch focused heavily on a significant change to the Item Shop. Outside of a complete refresh of the shop, League of Legends now features Mythic Items. This higher-tier selection of items, like Galeforce and Sunfire Aegis, “sets the tone for the rest of your build, both in terms of which other items you’ll want to pick up as well as a Mythic Passive that adds extra stats to your other fully completed items,” the notes state. Additionally, Mythic Items are designed to greatly impact how you play, whether by adding a dodge mechanic for high impact skillshots or adding a damage bonus against Champions.

There are more than 20 Mythic Items that can be found in the streamlined store, which also improved upon the old design with data-driven Recommended Items, a revamped All Items page, and user-friendly Quickbuy Panels that highlight the most purchased items.

Joining the new Mythic Items are additions to the game’s current Legendary Items, updates to current Legendaries, changes to Jungle Items, some nifty new Epic Items, and a few alterations to Basic and Support Items.

Items weren’t the only thing to get the once-over with the latest patch. Riot Games took a look at its roster of Champions and tinkered with attributes and skills. There was even a +20 increase in mana for more than 25 Champions including Viktor, Sylas, Gangplank, and Fizz. Riot also implemented a few Quality of Life changes to keep things running smoothly as League of Legends enters into a new season.

The latest patch went live today, Nov. 11, but won’t be the last version of League of Legends in 2020. Riot has plans for two additional updates (10.24 and 10.25), scheduled for Nov. 24 and Dec. 9.  According to Mark Yetter, gameplay design director for League, players can expect some improvements to stabilization and character balance as they enter into the new season.

The first patch of preseason is definitely a stabilization period. We know there will be OP champs, OP items, bugs that slipped through and a few rough edges.

We're going to be full on polish mode in the next few weeks to get everything stable and tuned the way it should be.

Based on early reactions to the new patch, players have noted that the new shop needs resizing and the new item portraits are too polluted.

For a full look at the item, character, and QOL changes, check out the 10.23 update patch notes here.